Immerse yourself into the position of an experienced climber as they make a ropeless ascent of a 328 ft sea stack. 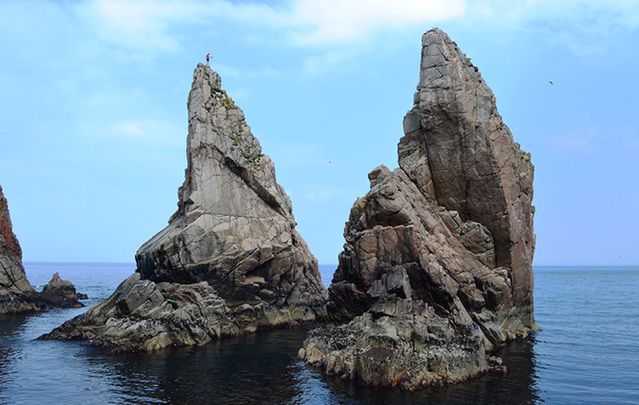 Described by one climber as a “truly spiritual experience,” climbing the sea stacks off Co. Donegal is a feat of athleticism that many of us wouldn’t be up to, but with thanks to new 360° videos from Fáilte Ireland, we can enjoy the sights from the comfort of our own homes.

Fáilte Ireland are implementing the very best new technology to bring us on a special tour of the Wild Atlantic Way this summer. These 360° videos allow viewers to click and drag within the footage to view the experience from a different aspect, and the latest one brings us to the incredible sea stacks in the Atlantic Ocean, just off the Co. Donegal coastline.

More than 328 ft high and standing over 1,640 ft from land, the Atlantic Ocean just north of Donegal is scattered with examples of this fascinating phenomenon, formed when tenacious coastal erosion carves and collapses sea cliffs leaving a freestanding pillar of rock.

Such is the difficulty in mounting these peaks that more people have walked across the surface of the moon then climbed to their summit, as climbers need to kayak out to the stack before making the ascent to the top without any ropes to prevent a fall.

Thankfully the rest of us less-talented adventurers no longer have to take the risk as you can follow Iain Miller’s “Unique Ascent” and share in the buzz he feels once he reaches his goal. Miller is a local Donegal climber who has previously captured his climbs up the sea stacks off Tory Island.

Read more: Would you be brave enough to climb these vertical rocks off Donegal ropeless? (VIDEO)

As previously featured on IrishCentral, the series of videos offers complete immersion into Ireland’s West Coast, bringing you into action such as the incredible mountain biking route through the Burren.

The virtual reality experience of these 360° videos allows yet another level of immersion for those interested in what Ireland has to offer or those who are planning a trip along Ireland’s west coast, with plans to create 360° videos for the 15 Signature Discovery Points along the Wild Atlantic Way.

Rocky sea stack and tors off the west coast of Owey Island, Donegal. The island doesn't have a.permanent population. pic.twitter.com/oscSlObWjB

Commissioned by Fáilte Ireland and filmed earlier this year using a combination of drone, custom built mounted back packs and GoPro equipment to truly give this immersive perspective, the videos afford the viewer an almost life-like experience. They can be viewed on desktop and mobile websites as well as on VR Headsets, Google Cardboard.