U.S. and Canadian visitors to Ireland up by 5.4%

It seems that plenty of North American visitors are taking advantage of the cheap flight options in 2018 and getting themselves over the Emerald Isle more often than ever. 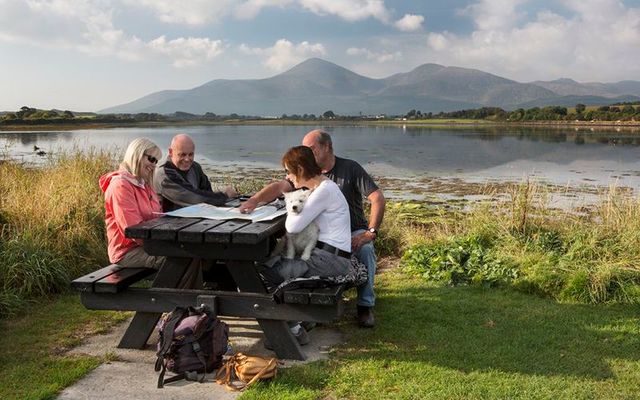 Kell Point in Dundrum. Did you already visit Ireland in 2018? Tourism Ireland

After a bit of a dip in the early months of 2017, this year is right back on track for Irish tourism with a massive 12.4% leap in overseas visitors to the island.

February 2018 has seen a significant leap in the number of overseas visitors to Ireland with visitors from Great Britain, Europe, North America and many other places in the world choosing to visit the Emerald Isle in the first few months of the year.

There was a 5.4% increase (giving a total of 79,600 visits) from visitors from the U.S. and Canada while visits from residents of Great Britain increased by 13.1%. The biggest increase in visits, however, was seen from the rest of Europe which jumped 18.3% to 202,100.

Read more: The Irish famine village which is now an artist's haven

Adding in the remaining areas of the world and this saw 575,300 total visits to Ireland in February 2018, a 12.4% increase overall. This comes as welcome news after February 2017 showed a dip in numbers compared to 2016. However, not only has the number of visits in February of this year jumped back to 2016 levels but has overtaken them.

Tourists atop of the Rock of Dunamase. Image: Tourism Ireland.

While plenty of people were traveling into Ireland in February, the Irish themselves decided to remain at home a  little more often than they were in 2017, the number of overseas trips made by Irish residents decreasing by 2.9% in February 2018. When added to the number of trips taken in January, however, this was balanced out and, in fact, increased by 2.5%.  We guess the weather in Ireland in February had a little bit of an impact on our trips abroad!

Have you visited Ireland already this year? Let us know about your trip in the comments section, below.