Americans can’t get enough of Ireland! 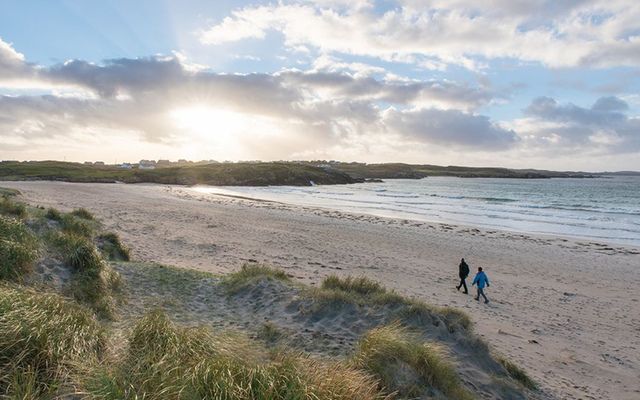 Americans can’t get enough of Ireland. Newly released figures show that in 2016 holidaymakers from North America to Ireland broke the million mark for the first time ever.

The data from Fáilte Ireland shows that the North American market continued its strong year on year growth with 1,041,000 holidaymakers from the continent making Ireland their vacation destination - upon from 926,000 in 2015.

Speaking to IrishCentral earlier in the year Niall Gibbons, CEO of Tourism Ireland, said the growth in recent years is primarily fuelled by Americans with no family connection to Ireland.

“If I was having this conversation with you ten years ago, I would be talking to you about the 70% of [US] visitors to Ireland having a family connection,” Gibbons told us. “Now that’s only 30% and the main growth in visitor numbers is coming from the southern states and California. So the nature of the visitors coming from North America has changed – less about the family and friends and more about the real holidaymakers.”

Great Britain remains Ireland’s biggest tourist market and 1.4 million British residents made a trip to Ireland - an increase of 170,000 from the previous year.

Similar to North America, the British market had been enjoying year on year growth since 2011 but the full figures for 2017 are expected to show a slight reduction due to the fall in the value of the pound sterling after Britain’s decision to leave the EU.

Read more: North American visitors to Ireland up 25 percent in 2017

The weaker value of the pound, however, has boosted Britain’s own tourism industry, meaning the Irish tourist industry faces stiffer competition than ever.

“The movement of sterling versus the euro and dollar, since the UK referendum on Brexit, makes Great Britain a more competitive destination for visitors from Mainland Europe and the United States," Gibbons told Business World.

"We have observed our competitors – VisitBritain, VisitScotland and VisitWales – intensifying their operations across all of Ireland’s major tourism markets to capitalise on this. Therefore, competitiveness and our value for money message are more important than ever right now."

The continental European market also posted strong figures: in total 1.7 million Europeans vacationed in Ireland - up from 1.6 million in 2015.

For nearly two thirds of visitors it was their first time visiting the Emerald Isle - 64% had never been before, 34% were visiting again, and 1% were Irish-born.

An extraordinary 99% of respondents declared themselves satisfied with the friendliness and hospitality of the Irish people and 97% rated Ireland a safe destination to visit.

We’re hardly in a position to disagree.