Ireland's capital was noted for being “one of Europe’s most down-to-earth and friendly cities." 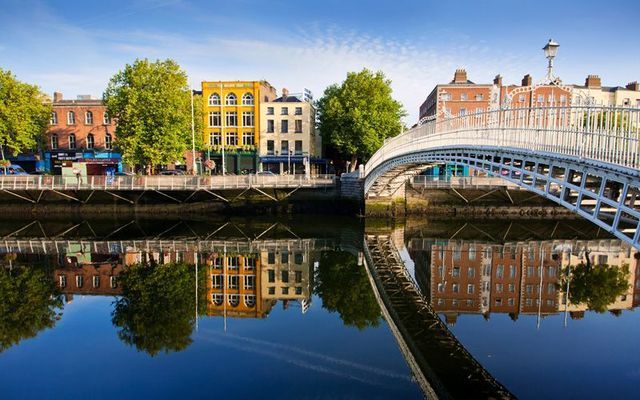 A view of Ha'Penny Bridge in Dublin. Getty

Dublin has been named the seventh-best city in the world to visit in 2022 by Lonely Planet.

Ireland's capital was ranked seven on the Best in Travel 2022 list for its “approach to ethical tourism, its flourishing independent artisan shopping scene, and plans to pedestrianize parts of the centre to create a renewed sense of community.”

Dublin was also recognized as “one of Europe’s most down-to-earth and friendly cities."

Tourism Ireland chief executive Niall Gibbons said: “The inclusion of Dublin as the number seven city in the world is wonderful news and will surely help to inspire travelers everywhere to put Dublin and Ireland on their holiday wish-list for next year.

“As we restart tourism from overseas, it is another well-deserved accolade which will help position us well for 2022 and create stand-out against competitor destinations.”

Lonely Planet has said this year's rankings of top countries, cities and regions to visit place particular emphasis on the “best sustainable travel experiences” in order to cater for demand for “more responsible travel," reports The Irish Times.

"As travel resumes at different paces around the world, short-haul destinations are expected to be the first places travelers will venture to,” said the travel group.

Auckland, New Zealand, took first place for best city for its “blossoming cultural scene where the spotlight is on local creativity."

The Cook Islands was named number one in the top countries list,  while Iceland’s Westfjords was ranked in the top regions list for 2022, reports The Irish Independent.