Find out about the mystery surrounding Ireland's disappearing lake in county Roscommon. 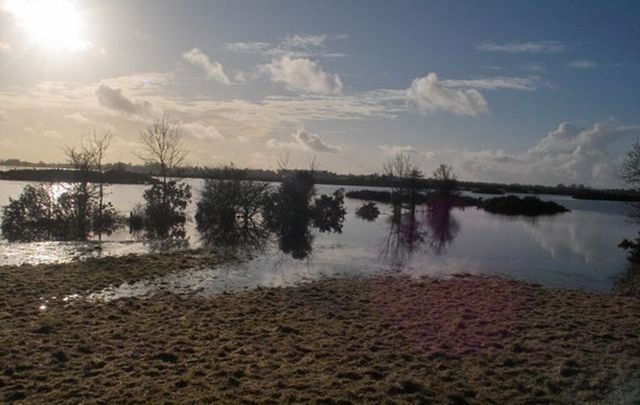 Back in 2010, the summer drought in Ireland led to fears that a major lake would once again disappear overnight. On Monday, November 22, 1955, Lough Funshinagh in County Roscommon completely disappeared in moments.

Contemporary accounts in the Westmeath Independent describe an incredible scene as thousands of fish were stranded and swans and geese suddenly found themselves without any water.

"Nature was in the mood for magic in County Roscommon on Monday when sharp at 12 noon, Lough Funshinagh, with a farewell roar, completely disappeared," the newspaper wrote.

Eyewitness Nicholas Cummins told the newspaper that he was trying to catch a few fish when the lake, with a loud gurgle, suddenly disappeared completely into a huge cavity at the foot of the nearby Ardmullen Hills.

Thomas Cunningham, another fisherman, stated, "As the fish struggled about in the water pouring off the lake, the fisherman threw them up as fast as they could."

Up to 200 swans were left homeless by the lake's disappearance and flew off to a nearby lake, Lough Ree.

The lake regularly goes dry, according to local fishermen, and this has to do with a local subterranean channel that connects it with Lough Ree three miles away.

During prolonged drought, as Lough Ree drops to an abnormally low level, it drains off Lough Funshinagh. 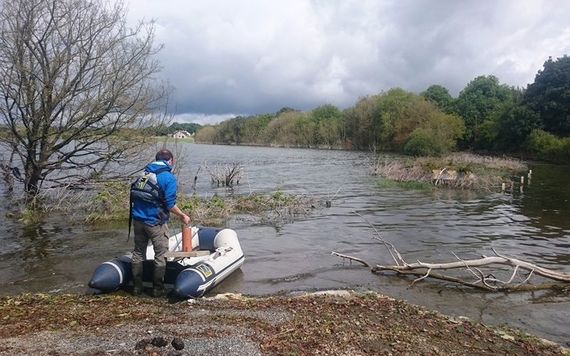 It was originally thought that Lough Funshinagh was a "turlough" – a type of disappearing lake found mostly west of the River Shannon in the limestone areas of Ireland. These lakes are almost completely unique to Ireland, although there is one example in Llandeilo in Great Britain.

Although it is referred to as a disappearing lake it doesn't happen very often. The last rapid draining occurred almost 20 years ago in September 1996. Geologists believe the lake disappears due to swallow holes in the lake bed.

Lough Funshinagh is considered a Special Area of Conservation in Co. Roscommon. Although geological researchers wish to carry out more research on this amazing disappearing lake, they can never know if and when it will ever happen again.

Have you ever come across a turlough? Let us know in the comments section below.