Tiger Woods has set down in Ireland

The Tiger – Woods, of course – didn’t give himself a whole bunch of time to prepare for this week’s British Open in Portrush, Northern Ireland. 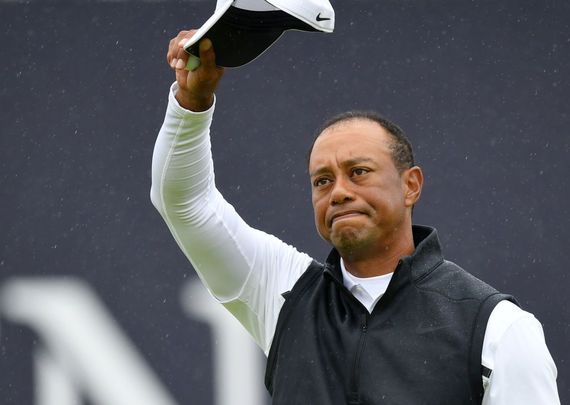 Tiger Woods of the United States reacts on the 18th during the second round of the 148th Open Championship held on the Dunluce Links at Royal Portrush Golf Club on July 19, 2019, in Portrush, United Kingdom. Stuart Franklin/Getty Images

The Tiger – Woods, of course – didn’t give himself a whole bunch of time to prepare for this week’s British Open in Portrush, Northern Ireland.

Media reports say that Tiger spent two weeks enjoying a family holiday in Thailand where his mom Kultida comes from.  He returned to his base camp in southern Florida before going wheels up to Northern Ireland for his first practice round early Sunday morning with fellow major winner Patrick Reed.

No doubt Tiger’s girlfriend Erica Herman will be among the gallery in Portrush this week.