Rory McIlroy stunned the golfing world with a course record 61 at Royal Portrush back in 2005 when his hair was as wispy as his youth and the world was at the feet of the then 16-year-old. 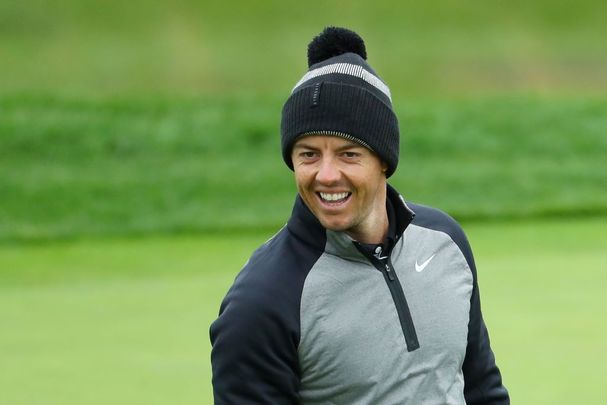 Rory McIlroy stunned the golfing world with a course record 61 at Royal Portrush back in 2005 when his hair was as wispy as his youth and the world was at the feet of the then 16-year-old.

Fast-forward to 2019 and the British Open is back on the links that McIlroy brought to its knees all those years ago.

The return of the Open to the north-west corner of Ireland for the first time since 1951 will see the best golfers on the planet tackle a course that has changed somewhat since McIlroy signed for a 61, 11 under par, to beat the record by three shots.

New holes have been added for the 2019 Open and the biggest bunker in the world is gone along with the rest of the old 17th, yet nothing would give McIlroy more pleasure than to set another course record and lift the Claret Jug again on Sunday evening.

History, he hopes, can repeat itself as he bids for major number five. Looking for inspiration, Co. Down-born McIlroy declared, “I shot 62 at Quail Hollow in 2010 on the old setup, and then they went and redesigned it and I went back in 2015 and shot 61 on their new course.

“Hopefully the same things happen at Royal Portrush. I hold the record on the old course, but it would be special to come back to the Open and break it on the new one.”

His record on the old Dunluce links at Portrush will never be broken now after the redesign needed to entice the Open back for the first time in almost 70 years – nor will McIlroy’s 61 shot round be forgotten, not even by the man himself.

Set to play the opening two rounds this week with U.S. Open champion Gary Woodland and England’s Paul Casey, McIlroy can remember that 2005 round as if it was yesterday.

“I can’t recall many shot-by-shot accounts of my rounds,” admitted McIlroy in one of his many pre-tournament media engagements. “But for that round, I do.

“I knew the record was 64. Once I got to nine under through 16, I thought if I could par the remaining two and set the new record that would be pretty special. I did not care what the score was, I just wanted the course record and I got it with two birdies on the last two holes.

“It felt normal to me. I had that cockiness and thought this was what I was supposed to do. It is only when time goes on that I realize these things are special and you should savor them. It was a defining moment for me because the wider golf world took notice.”

Two years after that record round, McIlroy signed on as a professional for the first time and began a career that has seen him win four majors, including the Open itself in 2014. He’d love another Claret Jug for the mantel.

“It would obviously mean the world to me to win, just like winning at Hoylake meant the world,” said McIlroy after finishing well down the field at the Scottish Open on Sunday.

“But I’m just going to treat it like it’s another Open championship. Other people can make it different if that’s what they want to do. It might be a bit more of a home-style atmosphere than I am used to but I can’t control that. I can only go out there and play good golf.

“I know what to expect. The atmosphere might be a little louder and a little different but the objective is the same, give myself a chance to win another Claret Jug.

“And I’m really happy with what I have done this week. I definitely feel more comfortable about links golf having had a week of it. I didn’t judge the lies around the greens very well but that’s just about getting used to links golf so if I can just sharpen that up, I will be right there.”

Former Open champion and local resident Darren Clarke – his house overlooks his beloved Portrush links – can’t wait to show a new Northern Ireland off to the world when he tees off proceedings at the crack of dawn on Thursday morning.

He remembers the worst times during The Troubles and his own brush with the terrorist threats that were part of everyday life in the country he grew up in. Back in 1986, Clarke was working in a bar when a car bomb went off.

The 2011 Open champion revealed, “I’d been setting up one of the bars. The bomb scare was at 8:30, everybody out, bomb went off at 9 and the place was flattened. That was life in Northern Ireland. Bombs were going off quite frequently. And a lot of people, unfortunately, paid a heavy penalty for being in the wrong place at the wrong time.

“You think about it at that stage, with everything that was going on, whether we were ever going to have a tournament such as this. It was beyond the realms of possibility.

“So, to get to the point where you guys from the media are all sitting here doing this has been an incredible journey for what we’ve all come through.”

For many fans, Clarke is the right man to hit the shot as the Open returns to Royal Portrush.

“Yeah, of course I want to beat them. But at the same time, they’re all good guys, I like them all. I’ve been giving them whatever information that they wanted all weekend and a little bit more!”