This is the first time ever that two Irish skaters will compete in the same category at the European Short Track Speed Skating Championships and they just so happen to be from the same family. 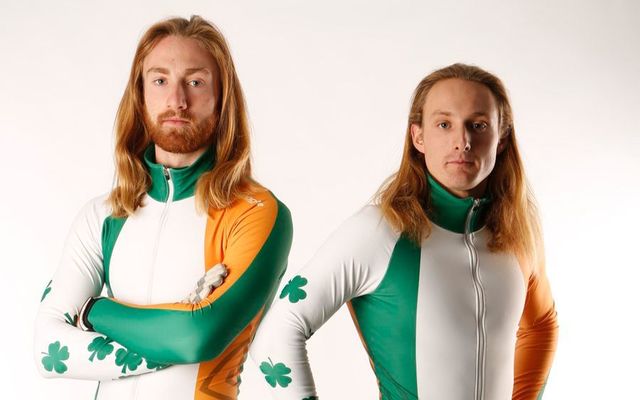 Ireland may not be known for its speed skaters but brothers Ryan and Sean McAnuff are about to change that.

The country may grind halt as soon as we get so much as a whiff of snow but that doesn’t mean that Ireland can’t produce some great winter sport athletes now and again. Stepping into the fold now to create Irish history are brothers Ryan and Sean McAnuff who are set to compete in the European Short Track Speed Skating Championships this weekend.

For the first time in history, two representatives from Ireland will compete in the same category at the games organized by the International Skating Union (ISU) which begin today in Dordrecht, the Netherlands, and conclude on Sunday.

Read more: The USA doesn’t dip its flag at the Olympics thanks to an Irish American

#ShortTrack Speed Skating is a big deal in the Netherlands. Ryan & Sean McAnuff were interviewed by local TV at #EuroShortTrack

Racing resumes again with the 1000m and you can watch live on the ISU Short Track YouTube from 16:15 (Irish time). 

Not only is this a major feat for Irish speed skating but it’s also a massive accomplishment for one family, in particular, as the competitors share not just a nationality but a set of parents.

Along with 76 other skaters from 23 countries, Ryan and Sean McAnuff will this weekend be competing to take home the top prize.

Sean has already taken part in two World Cup events and in Calgary, Canada, he smashed Irish national records in both the 500 meters and the 1,000 meters.

Had an amazing two weekends of racing in Calgary and Salt Lake City, thank you everyone for the support!! ☘️ https://t.co/4TEJcVOWuj

"I am excited to once again be representing Ireland at a major championship," Ryan McAnuff told the Irish Independent.

"It is a wonderful feeling to be sharing this experience with Sean."

"With two of us racing in Dordrecht, I really hope that we can build up the profile for short track back in Ireland," Sean added.

"I am looking forward to racing with Ryan and all the other world-class athletes this weekend."

Best of luck to the McAnuff brothers!