The US President is “100 percent interested” in attending, according to his friend and UFC President Dana White. 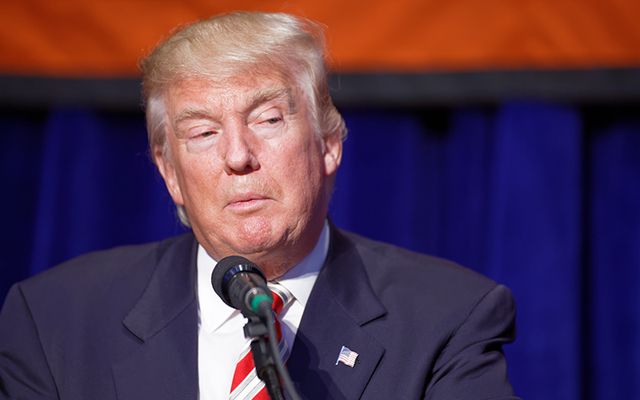 Floyd Mayweather Jr. revealed he believes that President Donald J. Trump and even former President Barack Obama could be in the crowd for his return from retirement against Irish MMA fighter and UFC champion Conor McGregor.

In an interview with TMZ during this week’s worldwind press tour ahead of the August 26 fight, retired boxing champion Mayweather boasted that the superfight had become such a large sporting event that the crowd could only be presidential.

"Barack Obama may be there,” he said. “Donald Trump may be there. I'm pretty sure it's gonna be a star-studded event."

Mayweather was in attendance for the 45th President’s inauguration in January and it has been confirmed that Trump has displayed an interest in returning the favor.

UFC President Dana White recently revealed that Trump is “100 percent interested” in attending the event set to break boxing's record for pay-per-view buys. White confirmed, however, that it would not be feasible for the president to attend due to security issues.

"They called me yesterday and I don't think they're going to come,"  White stated during the second leg of the Mayweather-McGregor world press tour in Toronto.

"He feels like he'll ruin events. Like he'll ruin the event if he shows up. Secret service is going to have to go through the place. They'll have to shut down streets and create crazy traffic."

UFC boss says Trump wants to attend Mayweather vs. McGregor, but feels "he'll ruin the event if he shows up" https://t.co/qhDbdRbRrL

It’s well-known that Trump has an interest in attending combat sports, having hosted and promoted major events in boxing and mixed martial arts in his casinos over the years. He is also a member of the WWE Hall of Fame.

White told CBS Sports that Trump had shown in interest in attending UFC 205 in New York just  a few days after last November’s election. The new president would more likely than not have been readily welcomed by McGregor as became the first fighter in MMA history to hold two world titles simultaneously with his knockout of Eddie Alvarez. The Co. Dublin native has previously spoken out against those protesting Trump stating that they had the “wrong mindset” and claiming that Trump “won’t be so bad.”

“I feel you’re in charge of your own situation,” McGregor told GQ magazine. “When you start blaming others for your situation, like I see all these people screaming at these politicians, and I was like: ‘It’s the wrong mindset.’

“People like to blame others. I think a person should just look at their own situation, look around them, find out what they wish to do, and seek and go and do that. And that’s it. I was in New York when all of that was going down, the protests in New York with the Trump thing. It’s like, ‘Trump out!’”

Ultimately, the red tape and headache the security process for a President would cause may cause Trump to forego doling over $10,000 for a ringside seat at the T-Mobile Arena in Las Vegas and instead, pay for the TV subscription as an exciting break from his cable news watching schedule for the evening.

The UFC President White is a well-known supporter of President Trump having spoken on his behalf at last year’s Republican National Convention.During the speech, White had high praise for Trump, his support of the UFC, and his “business instincts”, calling him a “hard worker” and “a loyal and supportive friend.”

"He can have 10 tickets if he wants," White said, if the President does change his mind.