Naval architect and Irishman John P. Holland made a lasting impact on the history of underwater warfare. 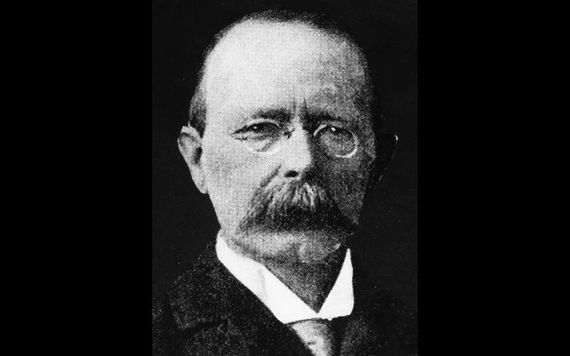 On August 12, 1914, Irishman and engineer John P. Holland, who is widely regarded as the father of the modern submarine, passed away in  Newark, New Jersey.

Although he was not the first to create an underwater vessel, his original design, which he perfected throughout the rest of his life, resulted in the first submarine to be formally commissioned by the U.S. Navy, and was also used for the first Royal Navy submarine, the "Holland 1".

His place in Irish history was solidified after selling the U.S. Navy their first such vessel in 1900. This initial purchase resulted in the world’s first submarine fleet, as the Navy went on to buy five Holland VI models.

Born in Liscannor, County Clare in 1841, he lost his father – a member of the British Coastguard Service - during the Great Famine, and embraced the ideas of the Republican Party. Upon arriving in America, his work as a naval architect continued with thanks to funding from the Irish Fenian Brotherhood.

Although that affiliation did not last, his dedication to his submersible vessel did, and after several prototypes, his success was seen in major Navies around the globe. Purchases were made by the British and Japanese, and the craft made a significant impact in a Japanese victory over Russia during the Russian-Japanese War of 1904-1905.

He is found with his family residing in Newark, Essex County, New Jersey in the 1900 census. Listed with his wife Margaret, four children, and three household servants, this record is indisputable as his occupation is noted as “Naval Architect.” Likely one of very few listings of this kind in the entirety of the 1900 census collection. He has a vast array of patent claims in the United States, ranging from the early 1890s through his death in 1914.

Tracking a man like John Holland through history becomes easier with the resources being added to Findmypast every week. The newspaper collection features several stories on his inventions and their escapades, and by telling the story of the vessels, you tell his story as well. The 1902 Derry Journal tells us that by August of that year, France, had a fleet of 14 with at least 20 more on order; Great Britain owned six, as did the United States. Norway, Germany, and Russia had all ordered Holland boats. Sweden was looking to a local engineer, Italy, Spain, Portugal, and Brazil were all also in the market.

In 1900, plans were being made to truly test the submarine concept by using one of the Holland vessels to cross the Atlantic Ocean, from New York to Lisbon, by way of Bermuda and Fayal. The article gives a complete description of how the crew will manage the voyage, anticipated speeds and even how they were to prepare food, “The cooking will be done by electricity.” The anticipated departure date was February 1901. (Belfast News-Letter, November 20, 1900.)

One of the many Irish-born innovators to make an impact on history that is still felt today, John P. Holland was awarded the Rising Sun Medal by the Emperor of Japan and has monuments in the United States and Ireland.