From the Hollywood stars to renowned rockers. 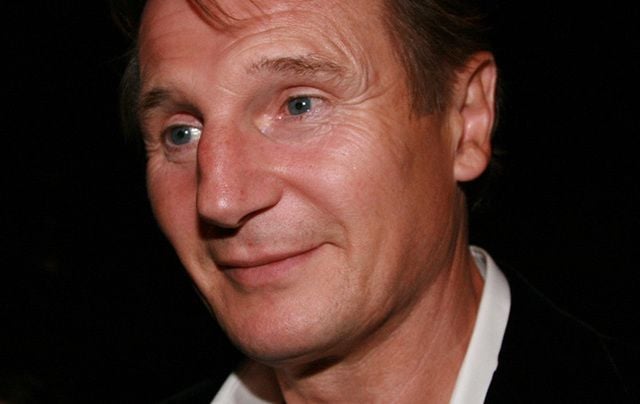 From the Hollywood stars like Liam Neeson and Pierce Brosnan, to renowned rockers like Bono, readers may be surprised to hear that these dapper men are beyond the age of 50.

Daniel Day-Lewis, 53, became an Irish citizen in 1993 and is best known for his Oscar winning roles are “My Left Foot” and “There Will Be Blood”. In 2009 he demonstrated that even in his fifties he was still hot stuff, while starring opposite a string of beautiful women, including Nicole Kidman, Kate Hudson and Penelope Cruz in “Nine”.

Years after his breakthrough role as Christy Brown he continues to impress Hollywood with his good looks, talent and Irish charm. It has just been announced that he is set to star as Abraham Lincoln in a new movie by Steven Spielberg. He is married to legendary playwright, Arthur Miller’s daughter, Rebecca Miller and the couple have two sons.

Liam Neeson, 58, has often been described as one of Ireland’s hottest men, leading him to dismiss such title’s and confesses that he snores. Best known for his role in “Michael Collins” and “Schindler’s List”, Neeson has been nominatied for Oscar, Golden Globe and a BAFTA. However, his role as a newly single father in "Love Actually" was what cemented him as a heart-throb in the hearts of women all over the world.

Following the tragic death of his wife Natasha Richardson in a skiing accident last year, Neeson has been keeping a low profile and focusing on his two sons. His upcoming cameo in the follow up to the smash hit comedy “The Hangover” demonstrates that even at 58, he’s still got it.

Pierce Brosnan, 57, hails from Navan, Co. Meath. He has had a number of memorable roles in box office hits that include “Dante's Peak” and “The Thomas Crown Affair”, but most notably for his Golden Globe nominated role in “Mamma Mia”.

It was, however, his iconic role as James Bond in four movies from 1995-2002 that has given him his sexy status. Killing the bad guys, having his drinks shaken, not stirred, and seducing a serious of beautiful bond girls including Denise Richards, Halle Berry and Teri Hatcher, made women all over the world week at the knees for the secret agent. He is married to American journalist and author Keely Shaye Smith and became an American citizen in 2004.

Paul David Hewson aka Bono, 50, hails from Dublin and is front man for U2, one of the most successful rock bands in the world. His rocker status and uber-cool outfits, combined with his outspoken views on humanitarian issues and rebellious streak make him one of Ireland’s most desirable men.

Bono is a man who knows how to use his voice for a lot more than singing and has been nominated for the Nobel Peace Prize in 2003, 2005, and 2006 for his philanthropy. He was involved in the 1984 “Feed the World” charity single and the re-released version in 2004. Ali Hewson is that smart lady that managed to snap up Ireland’s coolest and most caring man and the couple have two children together.

Gabriel James Byrne, 60, is from Dublin but made a huge impression state-side with a string of successful movies including “The Usual Suspects” and "Stigmata". His dark looks and roles as the bad guy have given Byrne the mysterious appeal that draws women to him. He has come far from his debut role in RTE’s “The Reardons”, but has returned to the small screen starring in his critically acclaimed HBO primetime weeknight series “In Treatment”.

Byrne is divorced from actress Ellen Barkin, with whom he has two children. He has dual Irish/American citizenship and currently resides in Manhattan.

Richard Gere, 60, comes from Anglo-Irish parents and grew up in Philadelphia, Pennsylvania.

He is most famous for his roles in “American Gigalo”, “Pretty Woman” and “An Officer and a Gentleman”, which established him as a leading man and sex symbol. He furthered this appeal by being married to one of the world’s most beautiful women, Cindy Crawford from 1991-5. Gere has also been involved in Survival International, Healing the Divide and many other ecological and AIDs awareness campaigns. In 2002, he married model and actress Carey Lowell and they have one son.

Irish American stand-up comedian, television host, social critic, political commentator, author, and actor, William Maher, 54, grew up in River Vale, New Jersey. He rose to prominence with his Emmy Award winning programme “Politically Incorrect with Bill Maher”, where he would discuss topical issues. He followed on from this with the political comedy talk show “Real Time with Bill Maher”, which was nominated for ten Primetime Emmy Awards, six Writer's Guild awards and won the Television Producer of the Year Award in Variety Television. Every girl wants someone who can make her laugh and lucky for us Bill Maher has never been married.