The weirdest Irish pubs in the US (PHOTOS)

From Catholic school girl uniforms to ghostly apparitions - there are some pretty strange Irish bars out there. 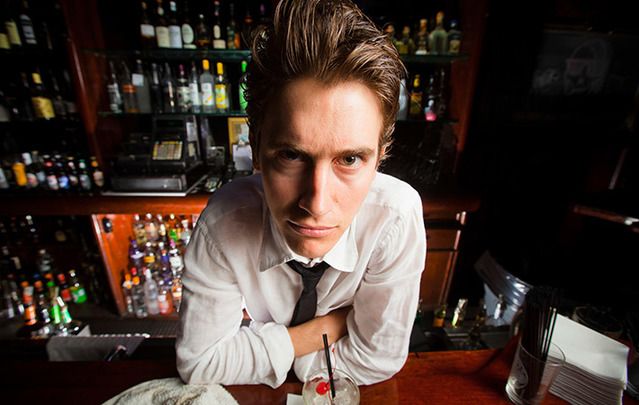 From Catholic school girl uniforms to ghostly apparitions - there are some pretty strange Irish bars out there. Getty images

From animal testicles to ghostly apparitions - there are some pretty strange Irish bars out there, as this list shows.

What could be more wrong than being served a pint of Guinness by a barmaid in a low-cut top and a Catholic schoolgirl’s uniform?

Well, quite a lot of things in all likelihood, but still, drinking in Bad Irish, an Irish bar in Boise, Idaho, that caters for those who have a Catholic schoolgirl fetish and enjoy a Guinness, should surely be grounds for excommunication. And maybe it was, as the bar closed suddenly in 2010.

"I know people would say, 'Aren't there enough Irish bars in this town?'" Ronchetti, who has Irish roots, said. (And with a name like Ronchetti, that should be obvious.) “But there's not another one like this."

Sounds like reasonably clean fun – maybe a little too clean, in fact.

“They'll add to the place, but they're not the entertainment themselves,” Ronchetti said. "Which, I guess, depends on perception."

Which means that there was to be no gyrating wildly on the bar from the “Bad Girls”, or jumping on top of the bar for a little strip tease to the Angelus.

Ladies, beware! Legend has it that the ghost of a murdered homeless woman appears to female employees at this downtown Houston joint, formerly namd Slainte.

According to a very unreliable source, his Irish memory wrecked by years of alcohol abuse, a homeless woman was raped and murdered in the same building as the bar many years ago.

Today, her spirit roams in the pub.

Legend has it that a silhouette of a brunette woman can still be seen behind the textured glass – that’s near the Golden Tee game in the back of the pub, if we want to be exact.

But on the plus side, the bar’s website says it was voted Houston’s Best Irish Pub and Best Singles in 2004.

Should you find yourself in McGuire’s broke, unsure of where your next beer is coming from, try to resist the urge from stripping a few dollars off the ceiling. There you’ll find $550,000 worth of dollar bills.

In 1977, McGuire’s began as a small, neighborhood pub in a shopping center. When Molly McGuire, the bar’s owner, made her first one dollar tip, she stuck it to the ceiling for good luck. Friends of the pub added to the collection and it soon became tradition.

And before many years had passed, those dollars amounted to $550,000. (How long it took to count all those is unclear.) The bar’s website adds that those dollar bill “have been signed by "Irishmen of all nationalities.”

The story goes that there was once graffiti daubed on the train track wall near where the pub currently stands that read: “"Susan is a pinhead." This stayed here for almost 15 years, before being removed. Shortly afterwards, another bit of graffiti appeared on the walls, saying, “Susan remains a pinhead.”

And so when this Irish pub and restaurant opened in 2000, “Pinhead Susan’s” was the obvious choice.

Read more: The oldest Irish bar in America is closing in one month