Who are Ireland's most influential people?

From Queen Maeve to Samantha Power and Michael Collins IrishCentral put together a list of highly important Irish Gaels? 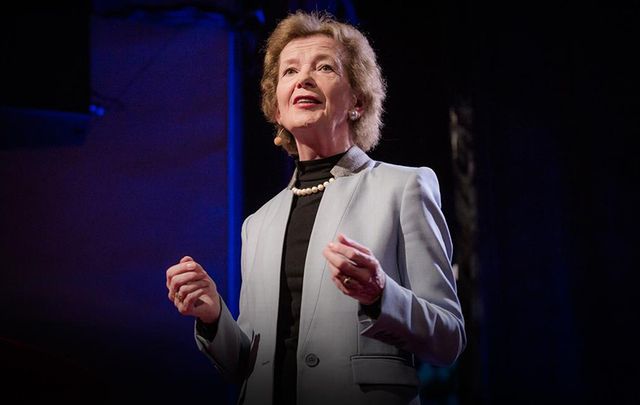 Mary Robinson served as the 7th, and first female, President of Ireland and the United Nations High Commissioner for Human Rights. TED / YouTube

An Irish magazine recently came out with a list of the top ten Gaels of all time. We know it’s hard to include all the right people in a list, but we were surprised to see this one did not have a single woman.

Ever since Queen Maeve took up arms against her husband, Conor, because he had a bull that she wanted, Ireland has been known for its strong women. Female activists and artists have long had a role in Ireland’s culture.

What women would you include in a list of great Irish Gaels?

We thought about about former president Mary Robinson, who was high commissioner at the UN and continues to work to promote human rights. And Samantha Power, former United States ambassador to the UN and before that a public policy professor and advisor to Barack Obama. And Veronica Guerin, a reporter dogged in her pursuit of Dublin criminals until they gunned her down in 1996.

What about Sinead O’Connor for her musical talent and controversial public gestures? (Ok, we’re not going to include her in the top 10 – but she’d make it into a top 50 list, for sure).

We’d also like to include Mairead Corrigan Maguire and Betty Williams who won the Nobel Peace Prize in 1976 for their work in Belfast. Going back in time a little, there’s Maud Gonne, Yeats’ muse and an actress and feminist in her own right, and Countess Markievicz, who wore pants and carried a gun in the 1916 rising.

Here’s IrishCentral’s list, a mix of influential male and female Gaels. We probably haven’t got everyone, and there are more we’d like to add.

The most influential Irish people of all time

The Irish have made a bit impact on the world. Here's our pick for the most influential Irish of all time. Who would you add to our list? Read more about our choices here: http://irsh.us/2whMn51

Who do you think is worthy of a place in the top ten?