IrishCentral takes you through all you need to know if you want to play Irish traditional music. 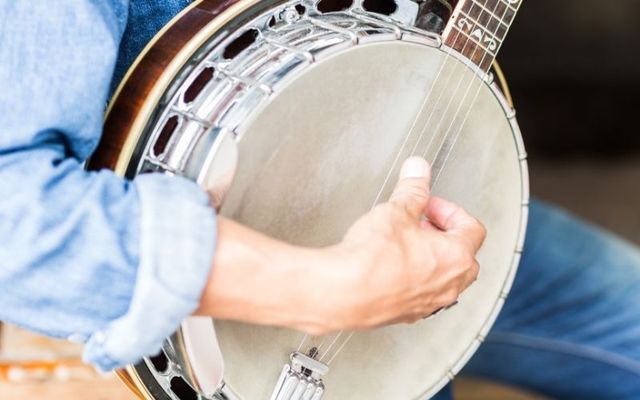 How to tell your jigs from your reels and some tunes to get you started. Getty

In this IrishCentral series, we'll look at the process of starting to play an instrument in the traditional Irish style that you'll find in seisiúins around the world.

This guide is written from a beginner's perspective, by a beginner, and doesn't cover in-depth topics for each instrument. In the first part of the series, we looked at choosing an instrument while the second part gave some advice for finding a teacher.

Trad music is less formal than many other types of music and less reliant on music theory, but there are still a few things to know.

Here are some basic terms to do with the types of songs, and tips for identifying them.

Jigs, part of the famous duo of "jigs and reels", are the Irish songs with that well-known "didlee-dum" beat. That’s because they’re written in 6/8 time - a way of saying, in musical notation, that there are six beats per bar, in "eighth notes" (quavers). But the technicalities aren’t important if you know what you’re looking for.

Reels are often what people think of when they think of trad. It’s a fast-paced type of tune in standard 4/4 musical tempo - a simple count of 1,2,3,4. What makes them tricky is that they are usually played very fast.

Hornpipes are a bit tougher to pick out, as they have differing rhythms, but the key thing to remember is that they all have an emphasis on the first and third part of the musical phrase - ONE two THREE four.

This "swing" makes it a little harder to have a simple phrase to fit in to the timing, but some variations include "Coc-a co-la, coc-a co-la" and "humpty dumpty, humpty dumpty".

The European polka came to Ireland way back in the 1800s, and they have become a core part of Irish music. It’s particularly popular in the Kerry, Clare, Cork and Limerick regions. They are written in 2/4 time with an emphasis on the off beat: 1-and-2-and, 1-and-2-and.

Polkas are generally easy to learn, but as lively dance tunes, it’s all in the delivery. They need energy!

There are many other types of traditional Irish tunes that don’t fit neatly into those outlined above: slip jigs, hop jigs, mazurkas and Irish waltzes – but the main tunes mentioned here are the ones you’re likely to encounter as a beginner.

Of course, the very best way to know what these types of tunes sound like is to spend time listening to them and playing them! Quite soon you won’t need the helping hand of "tricks" to know your stuff.

Where to start? If you’ve got a tuition book, you could work through the lessons cover to cover, and a real-life teacher will provide you with tunes to practice each week.

The Waterford Waltz Gile Mear The Fermanagh Highland / The Donegal Highland The Lonesome Road to Dingle (also known as the Brosna Slide) / Dan O'Keefe's The Priest / Mary Willie's / This Is My Love Do You Like Her Fanny Power / Planxty Irwin Deirdre's Fancy / Fig for a Kiss The Butterfly.

You can find these tunes online at resources like The Session – a great resource for simple notation and MIDI files so you can hear what the tunes are supposed to sound like.

In part four of the series, we'll take a look at online groups and communities available to help you throughout your new musical career.

You can look back at part one of the series and choosing your instrument here and part two about finding a teacher here.