These Irish surnames are hugely popular as first names in the U.S.

From Brennan to Sullivan, folks in the United States love these Irish family names as their baby's first. 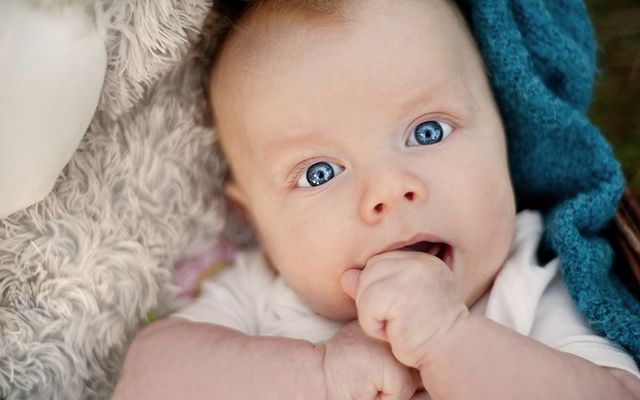 Irish last names are increasingly being used as first names in the United States. iStock

Using an Irish family name as a first name has become an increasingly common practice for baby namers in the United States.

Today, fashionable parents are turning to monikers that embody Celtic charm, such as Cullen, Finnegan, and Sullivan, for their newborns, as trending baby names lists show.

Here are the top 12 most popular Irish surnames that have been used as first names for both boys and girls.

Brennan, a common surname in Ireland, became a popular first name back in 1966. In the 2008 movie ’Step Brothers,’ Will Ferrell plays a character named Brennan Huff.

The O’Brennans were chiefs of a large territory in Ireland, and Irish American William Brennan was a US Supreme Court justice.

Read more: The most popular Irish baby names in America

The name Callahan, which means “bright-headed” and is the phonetic spelling of Callaghan, dates back to the ancient King of Munster.

Crosby surged in popularity as a first name after Dax Shepard played the character, Crosby Braverman, on ‘Parenthood’

This surname, meaning “village with crosses” has many musical associations as the last name to Bing and David.

Singer Kenny Loggins chose it as the first name for his now-adult son.

Thanks to the ‘Twilight’ franchise, where Cullen was the surname of vampires Edward, Emmett, Esme, et al), this name peaked in popularity for a time.

Although slightly less popular than it was in 2010, Cullen, which means  “holly tree,” is still strong on the list. Cullen Bohannon is a character on the AMC show ‘Hell on Wheels.’

Cullen Jenkins is a defensive tackle for the Philadelphia Eagles.

Dennison, “son of Dennis,” is a stylish option for a namesake and a perfect choice to honor a Grandpa Dennis.

The first Dennison settled in the Colonies back in 1623, so the name’s transatlantic roots are deep.

Farrell is an Anglicization of the Irish Fearghal, meaning “courageous.”

Many notable people sport the surname, including actor Colin Farrell.

‘Will & Grace’ star Eric McCormack chose the Finnigan spelling for his son, and Vice President Joe Biden has a granddaughter named Finnegan.

The abbreviated Finn is one of the hottest names today.

Meaning “hedged area,” Hayes was chosen by Kevin Costner in 2009 for one of his sons.

Hayes Flynn was a character on ‘Bones.’

Read more: Did you know these surnames are Irish?

A popular name for both boys and girls, Lennon is derived from an Irish name meaning “lover” in Gaelic.

Long associated with Beatle John Lennon, today, thanks to female singer Lennon Stella, the name is currently soaring in popularity as a girl’s name.

Liam Gallagher and Patsy Kensit used the name for their son.

Phelan, which can be pronounced FAY-lan or FEE-lan, means ‘wolf.’

It has a distinguished ancient history as 'Faolain.'

Sullivan is the third most common surname in Ireland and the top last name in Counties Kerry and Cork.

Patrick Dempsey used the name for his son, as did singer Tom Waits and actor James Marsters.