Watch as Irish children explain, in their own words, some of Ireland's most pervasive and fascinating Irish myths and legends. 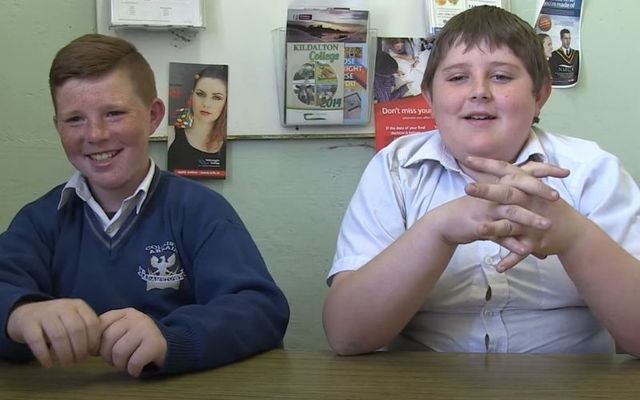 Before the advent of radio and TV, people in Ireland had to use their own imagination a bit more often to keep themselves entertained, with local storytellers regarded as celebrities for their ability to regale Irish folklore and traditional tales to the gathered neighbors.

Some would say that this old storytelling tradition is no longer as vibrant as it once was, but the abilities of these Co. Wexford students would seem to prove them wrong.

It’s obvious that the reign of Netflix and hours of TV hasn’t ruined the storytelling talents of these young lads from Coláiste Abbain in Adamstown, as they retell stories of the banshee and the devil himself that have been passed down to them from their older relatives.

Irish folklore (“Béaloideas”, meaning “mouth education” i.e. learning passed on by listening alone) is some of the richest in the world and it helps that many Irish people also have a knack for a bit of showmanship as they tell their tale as well.

These few short tales were put together as part of a project established by Michael Fortune entitled “My People, My Place.”

As part of an intergenerational folklore collection project, Fortune interviewed first and second year high school students in Coláiste Abbain between April and May 2015, highlighting the rich oral history and storytelling characters still in Ireland today. You can see the full interviews here.

Fortune also carried out interviews with Raheen Active Retirement Group in Co. Wexford in 2006 in a subproject called “That’s what we were told anyway …”, collecting local folklore and stories from the older Wexford generation.

From “Strange Happenings” to “Customs and Superstitions,” you can just imagine yourself sitting with a cup of tea and piece of soda bread, laughing and joking with family and friends over stories heard a hundred times over but that never get old.

You can view more of the videos at www.mypeoplemyplace.com.