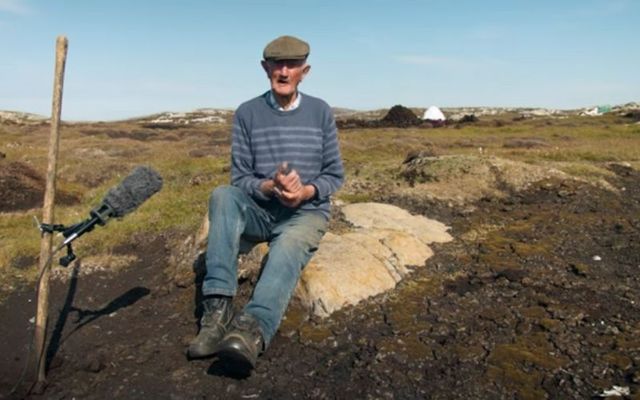 A 91-year-old man living on a remote island off the coast of Galway has claimed that the COVID-19 pandemic is worse than the Great Famine in some ways.

James Coyne, who lives on Inishbofin on the west coast of Ireland, said that the COVID-19 pandemic was worse than Ireland's Great Hunger since it was taking place all over the world.

Coyne, who lives on the tiny island with his wife Patsy, talked to filmmaker Kieran Concannon during the first wave of COVID for Concannon's "Inishbofin in Lockdown" series.

Speaking in the May sunshine, Coyne said that the pandemic was "unbelievable" and "worse than the famine in a way" because it was taking place all over the world.

Irish islands remain closed to visitors almost one year after the first COVID-19 case was diagnosed in Ireland in February last year, and there have been just two recorded cases of the virus on Inishbofin with no hospitalizations or deaths.

Coyne's interview premiered on YouTube in January and can be seen working the bog and building a stone wall in the first episode of Concannon's series.

Coyne said that his worst inconveniences during the pandemic were canceled hospital appointments and travel restrictions, while he also said that he missed going to the pub at night.

"Even in the worst ever times, people had a couple of pints," Coyne said in the short video.

The 91-year-old also spoke about population decline on the island, whose population has fallen from about 500 before the Second World War to 165 in the last census in 2016.

Coyne was the first islander to feature in Concannon's series. Other residents featured in the series include local hotel owner Pat Coyne, local musician Kevin Abeyta, and historian Tommy Burke.