From Cian, to Fionn, to Sean - these are our favorite Irish baby boy names and their meanings. 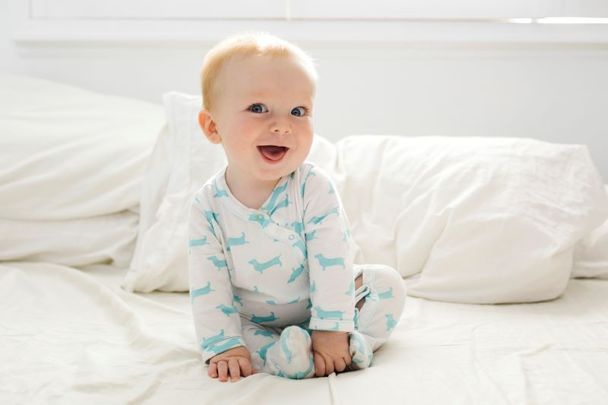 Which Irish boy's baby name is your favorite? Getty Images

This list of Irish baby boy names is perfect if you have a wee one on the way!

Here we have a list of Ireland’s most popular boys names of Irish origin and their meanings.

The popular name Cillian has several known meanings, including “war,” “strife,” and “bright-headed.” The word cille also means “associated with the church,” so the name is often associated with the word “church” or “monastery.” There are several Saint Cillians in Irish history, including one in 650 AD who was sent to Bavaria to convert the natives and was martyred for his trouble.

Conor is the Anglicized form of the Gaelic name Conchobhar, a compound name composed of “conn” (wisdom, counsel or strength), “con” (hound or dog), and “cobhair” (aid). It is usually translated as “lover of hounds.” It can also mean “high desire,” as derived from the Irish word “coachuhhar.” Conchobhar MacNessa was the king of Ulster - according to the legend, he was born on the same day as Christ.

Fionn is a Gaelic name meaning “fair-headed,” “white” or “clear.” Other translations include “small blonde soldier” and “handsome.” Fionn MacCool was a central character in Irish folklore and mythology - he was the leader of the warrior band “The Fianna.” He wasn’t known to be incredibly strong, but he was known for being brave, handsome, wise, and generous. He acquired his wisdom by touching the “salmon of knowledge” and then sucking his thumb.

This name means “little deer.” In Irish mythology, Oisin was a poet-hero, remembered for his love for Niamh of the Golden Hair, with whom he lived in Tir-na-nOg, the land of eternal youth. He was the son of legendary warrior Fionn MacCool and the goddess Sive. His mother was turned into a deer by the Dark Druid, and she raised him in the forest for seven years; when his father found him while hunting, he recognized the boy as his own son and gave him the name “little deer.”

Patrick is the Anglicized form of the Irish name Padraig, from the Latin Patricius which means “nobly born.” The patron saint of Ireland.

Sean is the Irish cognate of the name John, and means “God is gracious.”

Arthur Guinness: The father of Guinness

National Ancestor Appreciation Day: How to pinpoint where your ancestors lived in Ireland