Kathy Scott from Trailblazery takes a look at the history of the Summer Solstice and how you can celebrate Midsummer from June 19-24. 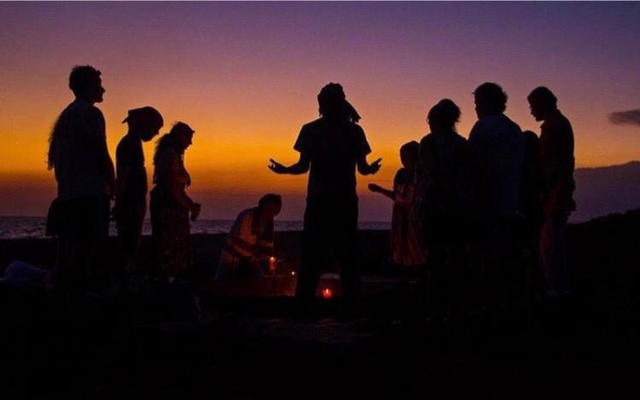 This year the Summer Solstice is celebrated on Tuesday, June 21. The Trailblazery

Trailblazery founder Kathy Scott takes a look at our Celtic connection with the Summer Solstice, which is being celebrated Tuesday, June 21.

In Ireland, our ancestors understood interconnection and how we have a relationship with all things. The ancient ones marked the seasons and cycles of birth, death, and rebirth in nature. They honored the eight pivot points of the Wheel of the Year with ritual and ceremony.

This medicine wheel is a map that holds a lot of wisdom for us today. It can orient us back into a sense of connection and belonging with something bigger. It can guide us into ‘time out of time’ which is so important in this age of overwhelming acceleration.

Here in the Northern Hemisphere, we are expanding into the brightening Summer Season. The Summer Solstice heralds the annual zenith of the Sun over the Tropics. This is one of the power gates of the Wheel of the Year. The longest day of the year holds the maximum peak of the light that began to grow in luminosity after the Winter Solstice.

Indigenous peoples understand Solstices as turning points that provide the possibility for transformation. The word Solstice means “sun standing still” or “grianstad” in the Irish language; Mysticism and magic was thought to be strongest at this time and myths told stories of the world turning upside down or the sun standing still. This was a time of celebration, to honor the light and our connection to the Sun and the Earth.

Many cultures have celebrated the Solstices from Ancient Egypt to the
Aztecs, Mayas and many First Nation people have festivals to honor this day.
In Ireland, our ancestors built monuments to commemorate this time – Lough Gur in County Limerick, a mystical, enchanting place of stone circles, megalithic tombs, ring forts and castles. 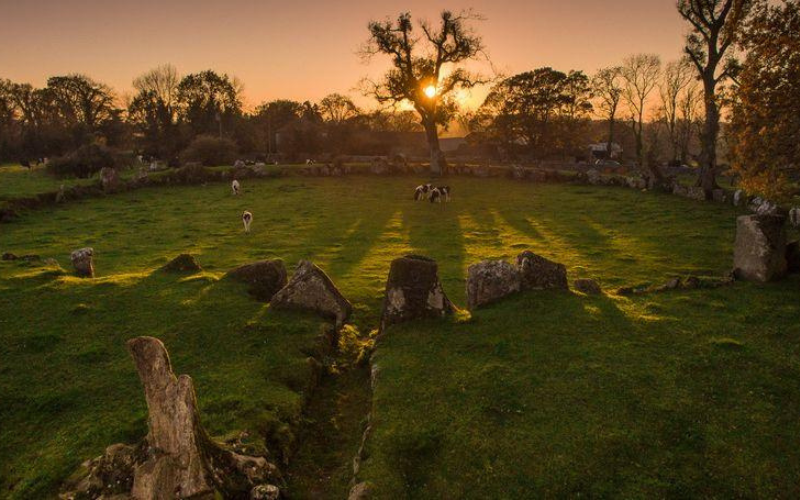 The Summer Solstice is celebrated on Tuesday, June 21, 2022.

The Grange Stone Circle is comprised of 113 standing stones and aligns with the rising sun of the Summer Solstice. The Hill of Tara in County Meath is another sacred Solstice site, well known as the seat of the Ard Righ or High King of Ireland. It was a place held sacred by people of the Neolithic era who believed it to be a place of the gods and an entrance to the world of eternal joy.

In ancient lore, the oak tree is associated with the Summer Solstice as the doorway into the inner realms. Known as king of the forest for its strength and longevity, the oak was most sacred to the Druids who revered the knowledge held by trees.

The name 'Druid' is derived from the Irish word for oak: “oak” (dair or duir) meaning door and (doire / oak grove) “they who know the oak”. On June 21, the Oak King is at his strongest. Gradually his power weakens, until the Winter Solstice of December 21 when the Holly King regains power again.

These ancient celebrations are also known as Midsummer, referring to numerous festivals held over the solstice period. Midsummer’s eve is a time when fairies and spirits cross more easily into the human world. In order to banish any evil spirits that might harm their crops, our ancestors would light fires where they would sing, dance and feast.

This was also the main time for handfasting (Pagan weddings) and it was customary for lovers to clasp hands and jump over bonfires to bring luck to
their relationship. Farmers would also jump, holding the belief that the higher they jumped, the higher their crops would grow.

So, how you can celebrate the longest day of the year?

This is a time for lighting bonfires, especially on hillsides, leaving gifts for the fairies in your garden, making a flower crown and harvesting wild herbs for syrups, meads, salads and teas.

Visit a sacred site. Gather with others to create a circle or spiral. Exchange songs, stories, and poems with others. Dance, drum, sing and celebrate. Involve water in your ritual. Prepare a ritual bath with seasonal flowers and oils or take to the ocean for a salty solstice swim at dawn.

Set out on a quest to find an oak tree that you can sit with. For generations, people have sat beneath the mighty oak to gain strength and spiritual renewal. Thank the tree before you leave, as this helps to create a connection and relationship with the wild world.

This is also a great time to go inwards and reflect. Focus and feel into your senses: Feel your feet on the grass, and notice the smell of the flowers and the sound of the rustling trees. Meditate on the past season and dream about the season ahead. Celebrate the nourishing light of the sun and honor the harvest of your life since the Winter Solstice in December.

Just as the ancients understand Solstices as turning points of transformation we too can harness the power of the sun and celebrate our resilience as ancestors-in training. As we fly closer to the Sun we are invited to rewild our imagination as we soar. This ‘peak‘ moment is an invitation to return to our senses and rekindle a connection to our untamed nature.