How a Waterford socialist politician became England's Minister for Health

From his birth in County Waterford to working as a child in the mines of Scotland, to politics and becoming the Minister for Health. The incredible life of John Wheatley started out on this day in 1869 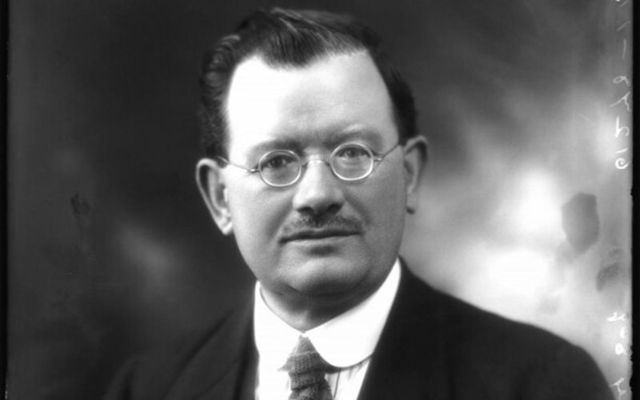 From his birth in County Waterford to working as a child in the mines of Scotland, to politics and becoming the Minister for Health. The incredible life of John Wheatley started out on May 19, 1869

John Wheatley was born 150 years ago on May 19, 1869, in the mining village of Bonmahon, County Waterford. Wheatley was the son of a miner. His father like many men in the area worked in the mines along the copper coast.

In 1876 the Wheatley family left Waterford for Scotland. John Wheatley was seven years old when he left his place of birth in the coastal village sitting at the mouth of the River Mahon.

Wheatley's father, Thomas, brought his mining skills to Scotland and worked in the mines at Baillieston. When John Wheatley was 14, he followed in his father's footsteps into the mines.

When young John Wheatley went into the mines, he did not leave his education behind. He attended night classes and after a time he took himself out of the mines and ran a grocery store with his brother, before finding work as a reporter for the Glasgow Observer.

Wheatley became interested in socialist politics and he set up his own printing business, printing many left-wing pamphlets, including many he wrote himself.

The newspaper man was a devout Catholic but he did not let his politics clash with his religion. In 1907, he joined the Independent Labour Party and founded the Catholic Socialist Society.

He was also a great fan of Glasgow Celtic and he was a fixed face in the stands at Parkhead.

Wheatley declared himself a pacifist when World War I broke out in 1914 and he led protests against conscription.

He went on to become a councilor for Glasgow city council before being elected to Westminster as a Labour MP for Glasgow Shettleston in 1922.

When Labour entered government, in 1924, the Waterford man was appointed Minister for Health. Wheatley did not forget his working-class background or his working-class constituents when he pushed through a housing act which paved the way for social housing in order to take people out of tenements.

Wheatley's Housing Provisions Act gave affordable housing for the working class across Britain. By 1928 under Wheatley's act, over 273,000 houses had been built.

By 1929, Wheatley started to drift away from the Labour party as he clashed with its leader Ramsay MacDonald. Wheatley saw MacDonald as taking Labour away from its working-class roots.

On May 11, 1930, John Wheatley died at the age of 60 from a cerebral hemorrhage caused by high blood pressure which had plagued him throughout his life.

Today the Waterford man is remembered in the John Wheatley College in the east end of Glasgow and the Wheatley Housing Group, Scotland's largest social landlord.

Read more: The anti-fascist fighter from the Cork/Kerry border