“He may have had his shortcomings as a lover, but he was a wonderful friend to women,” one specialist concluded after reading the batch. 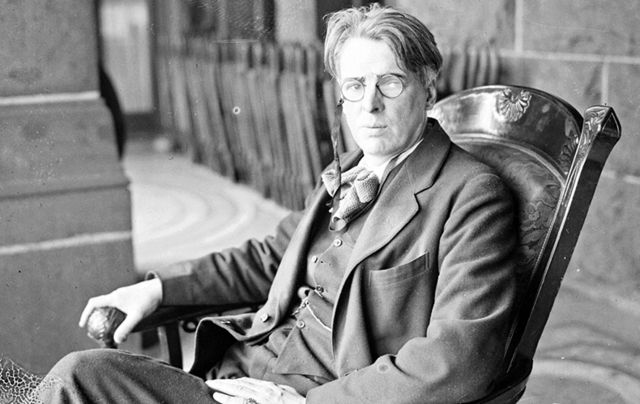 “He may have had his shortcomings as a lover, but he was a wonderful friend to women,” one specialist concluded.

The love letters of Ireland’s greatest poet, W.B. Yeats, are to go under the hammer next month at an auction in London where they’re predicted to fetch $470,000 in a collection that has in total been valued at $2.4 million and potentially more.

The 133 letters between Yeats and his first lover, the English writer Olivia Shakespear, have been described “of the highest importance to literary history”. The couple once considered eloping but concluded they were better friends than lovers and remained in touch until the end of their lives.

After her death, Shakespear’s son-in-law returned the letters to the Yeats family.

“He may have had his shortcomings as a lover, but he was a wonderful friend to women, and drew so much of his energy and inspiration from women such as Olivia,” Gabriel Heaton, a books specialist, told the Guardian.

Other items up for sale include the writing desk used by the poet to pen many of his famous verses and paintings by members of the Yeats family.

Jack Yeats’, the poet’s brother, collection of oil paintings are also to be sold and in total are expected to sell for a total of $330,000.

Works of art, including family portraits, by his father and sister are also set to be auctioned.

The family decided to put the items up for sale following the sale of Michael Yeats’, the poet’s son, Dublin house recently. A number of item were first taken by the Irish state but the rest is to be offered to the public.

“Our family has enjoyed these items for many years,” a statement read. “We are delighted that they will now be exhibited and available for everyone to see in Dublin and in London and for collectors to have the opportunity to acquire their own piece of Irish history.”