The truths behind some spooky urban legends for Halloween

Have you heard of these urban legends? Learn the truth behind some famous spooky tales before Halloween. 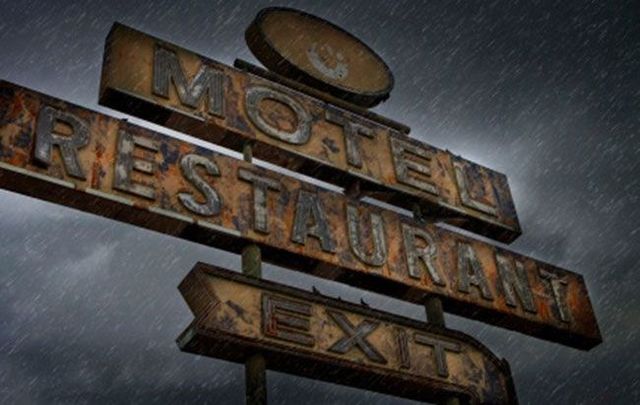 Have you heard the one about the "hanging man" in the funhouse? Thinkstock

The scary stories and terrifying tales of Halloween are not confined to the dark countryside and the abandoned fields. There are some spooky and frightening stories behind these fantastic urban legends.

Urban legend: A man's body was hanging in the funhouse at a carnival

In December of 1976, a Universal Studios camera crew arrived at the Nu-Pike Amusement Park in Long Beach, CA to film an episode of the television action show "The Six Million Dollar Man." When preparing the set in a corner of the funhouse, a worker moved the "hanging man," causing one of the prop's arms to come off. Inside it was human bone. This was no mere prop; this was a genuine dead man!

The body was that of Elmer McCurdy, a young man who in Oklahoma in 1911 had robbed a train of $46 and two jugs of whiskey. He announced to the posse in pursuit of him that he would not be taken alive and the posse obliged by killing him in a shoot-out.

McCurdy's body became a sideshow attraction right after his embalming. It is claimed that the local undertaker thought he had done such a wonderful job at restoring McCurdy, he let the townsfolk see him for a nickel a piece. The nickels were dropped into the corpse's open mouth, later collected by the undertaker.

No one ever showed up to claim McCurdy's body; so, legend has it that undertaker kept him around to collect nickels for a few years after the embalming. Carnival promoters wanted to buy the stiff, but the undertaker turned them down. He didn't want to lose his steadiest source of income.

In 1915 two men showed up claiming that McCurdy was their long-lost brother. They took McCurdy away, supposedly to give him a decent burial in the family plot. In actuality, the long-lost McCurdy "brothers" were carnival promoters. It was a scam to get the body they had wanted for years. They exhibited McCurdy throughout Texas under the same title that the undertaker had given him: "The Bandit Who Wouldn't Give Up."

It seems that McCurdy's body popped up everywhere after that, in places such as an amusement park near Mount Rushmore, an open casket in a Los Angeles wax museum, and in a few low-budget films. Before the "Six Million Dollar Man" crew discovered this prop to be a corpse, McCurdy had been hanging in a Long Beach funhouse for four years.

In April 1977, the much-traveled Elmer McCurdy was finally laid rest in Summit View Cemetery in Guthrie, OK. To make sure the corpse would not make its way back to the entertainment world, the state medical examiner ordered two cubic yards of cement poured over the coffin before the grave was closed. McCurdy hasn't been seen hanging around amusement parks since.

Strange and spooky smells in a hotel room

Urban legend: A couple checks into a remote hotel and smells a strange, rotting odor coming from the bed. After complaining to the desk clerk, they discover that a dead body has been stashed in the box springs. Unfortunately, this tale has true roots.

Most of these stories take place at a Las Vegas hotel, either in the city or in the desert at a remote location. They have been around since the early 1990s. There have been actual instances of situations similar to the legend. Beneath the bed makes a great, quick hiding place for a dead body that needs to be stashed out of the way.

In each case, it was the smell that brought attention to the body, leading to its discovery.

On June 10, 1999, the rapidly decomposing body of a 64-year-old man was discovered inside the bed in Room 112 at the Burgundy Motor Inn in Atlantic City, NJ. A German couple on vacation had spent the night sleeping over the man's remains and had put up with a rank smell all night. It was their complaint to the manager about the smell which led to the discovery of the corpse.

In July 1996 a woman's body was found under a mattress in the Colorado Boulevard Travelodge in Pasadena, CA. The motel's staff discovered her ten days after her death, although a guest had been complaining of a foul odor coming from the room for several days.

In Virginia, in 1989 a man disposed of the remains of his two murder victims this way. The first was a 27-year-old woman, who was discovered in May of that year under the floor of a motel room on Route 1. The second was a 29-year-old woman, who turned up in June under a bed in the Econo Lodge in Alexandria.

In the first case, the killer first kept her body partially hidden under his bed for two days, then subsequently placed it in the crawl space under the carpeted floor. Her presence seemingly didn't bother him, because he didn't move out of that room until three or four weeks later. Both girls' bodies were eventually found after other guests complained about the smell.

In 1988 in a Minneola, NY motel, a body turned up in a box spring. The remains of a 29-year-old woman were found at the Oceanside Motel. Again, the body was discovered days later and only after other patrons complained about the smell. At least two other guests unknowingly cohabited with the body before it was found, and at least one guest refused to stay in that room because of the smell.

This legend was used in the 1995 Quentin Tarantino film "Four Rooms."

Do you know any spooky urban legends? Share them in the comments!