An influx of Irish Famine immigrants in the 1840s shaped this Canadian city in many ways. 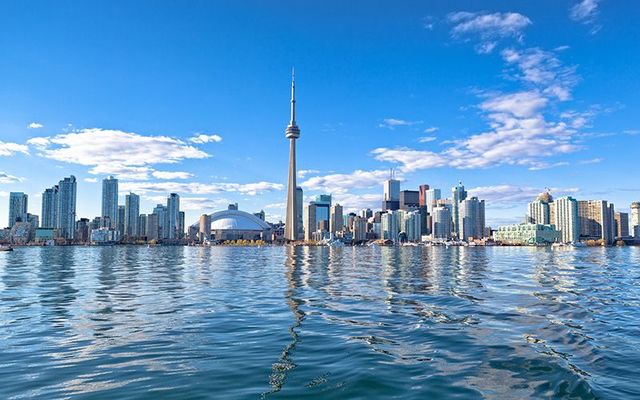 Toronto is a city that was shaped in many ways by the Irish people who immigrated there in the 1840s while trying to escape the Potato Famine.

The influx of immigrants temporarily doubled the city’s population and led to Toronto setting up its first health board.

Here are ten ways the Irish influenced the Canadian city:

The Toronto Mirror wrote in July 1847: “The state of the emigrants daily becomes worse and worse . . . . This is a horrible traffic in human blood.”

The city’s first Catholic bishop, Michael Power, was in Dublin in 1847 and had witnessed the horrors of the famine in Ireland first-hand. That summer in Toronto, Power tended to the Irish newcomers, many of whom were desperately ill with typhus and other diseases. He eventually contracted typhus himself and died on October 1, 1847, at the age of 42.

He was buried in a crypt beneath St. Michael’s Cathedral, where just two years previously he had laid the cornerstone. 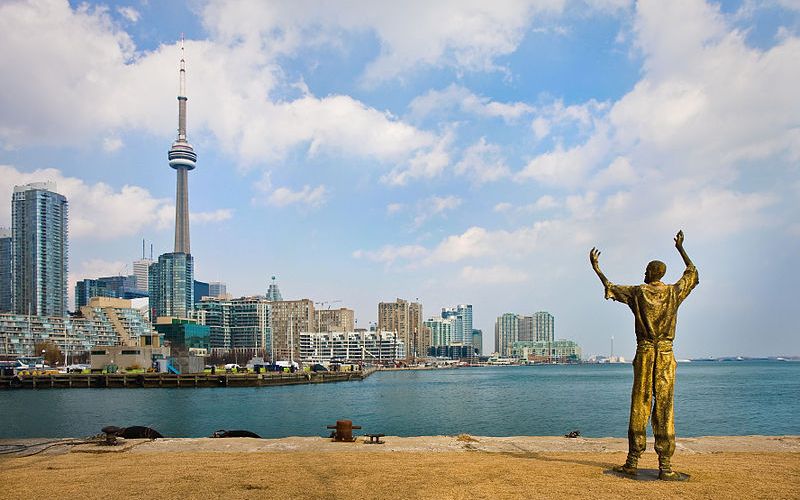 Ireland Park, which opened in 2007, commemorates the tens of thousands who fled Ireland during the Great Famine.

Located at the southeast corner of Bathurst Quay, the park honors the Irish famine refugees who got off their fever-ridden ships at Dr. Reese’s Wharf. The park is located near Front St., where a convalescent hospital was located.

The anticipation of the influx of Irish famine victims to Toronto led to the creation of the city’s first board of public health in February 1847. The board built at least a dozen sheds for immigrants suffering from typhus at the northwest corner of King and John Street. 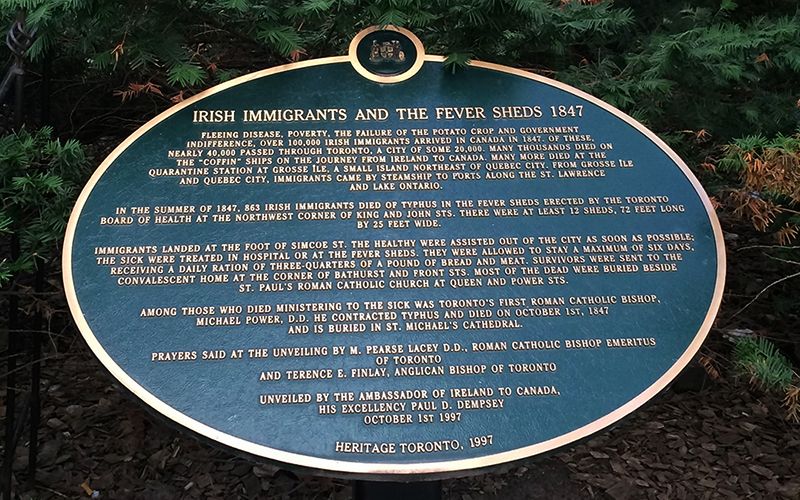 The city’s first hospital, which had first been built to handle immigrants who came to the city after the War Of 1812, lies under the pavement at the northwest corner of King and John Streets.

Many Irish famine immigrants, as well as some of the hospital staff, died from typhus and other diseases.

A copper bade with a Lady Harp symbol, a longtime heraldic symbol from Ireland, was found during an excavation of the site.

By the end of 1847, some 1,186 of the immigrants were buried in the city. Nearly 1,100 Irish are buried in a mass grave by St. Paul’s Basilica at Queen St. E. and Power Sts., while others were buried at St. James Cemetery on Parliament St. near the Anglican Cathedral.

Some of the Irish nationalists belonged to the Fenians, who wanted to seize control of Canada and then swap it for Ireland in a trade with Britain.

Although being a member of the Fenians was illegal in the Canadian colonies, the Fenians still managed to set up nine lodges in Toronto, the most prominent of which was on The Esplanade, just south of the current Sony Centre.

The lodge was run out of a pub by a man named Michael Murphy, who was described by the Globe newspaper as “a vain, excitable, untrustworthy man, not wanting in talent, but without education; vigorous and active, but lacking discretion, and quite incapable of influencing any large body of his countrymen.” 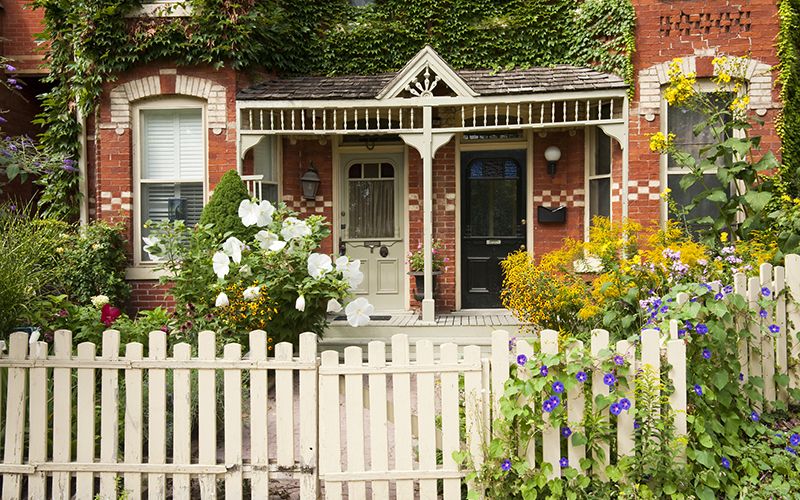 Many of the Irish immigrants who came to Toronto in the late 1840s didn’t stay in the city. Many of those who did settle there first lived in between the Don River Valley and Bathurst Street.

Over time, the downtown east side, around Parliament and Gerrard St. E., became known as “Cabbagetown,” so called because the poor Irish residents would tear up their lawns to grow cabbages.

Much of the area was torn down in the 1940s. What remained of the area, with its fine Victorian houses, evolved into an upscale district through gentrification which began in the late 1970s.

Author Hugh Garner wrote about life in Cabbagetown in his novel of the same name. The work recaptures the time when the area was an Anglo-Saxon slum. 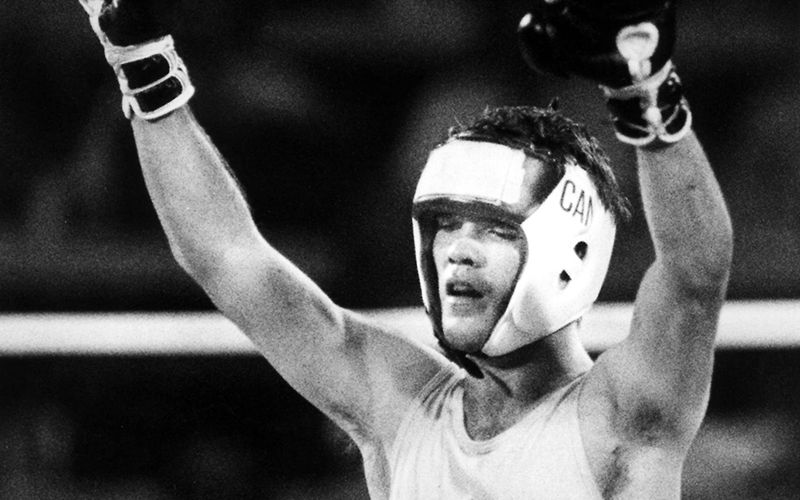 The Cabbagetown Boxing Club dates back only to 1972.

“In 1972, boxing drew many of the neediest children in from the street and taught them discipline, self-confidence and respect for one another,” says the club’s website.

Shawn O’Sullivan, a 1984 Olympic silver medalist, belonged to the club.

*Originally published in May 2017