Tom Kettle: Irish War Poet and nationalist was remembered by the Irish in France on the eve of the anniversary of his death. 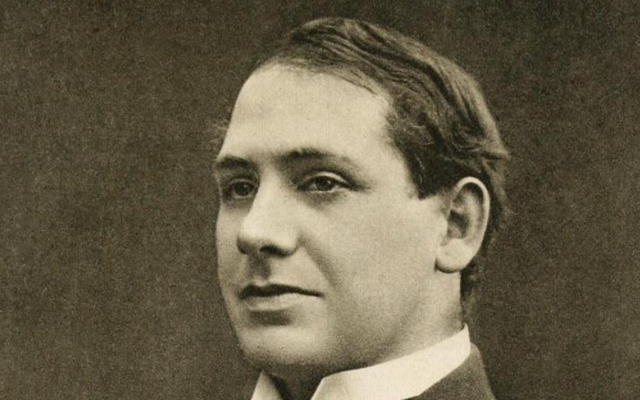 Tom Kettle: Irish War Poet and nationalist was remembered by the Irish in France on the eve of the anniversary of his death.

On Sunday, September 8 the Irish Embassy and the Irish in France Association invited Irish people living in France to the inauguration of the ‘Irish Peace Garden.’

The garden, located in the grounds of the Château de Péronne, in the heart of the Somme Battlefields, pays homage to the WW1 Irish soldiers. The château also houses ‘The Historical Museum of the Great War’. Our day out also included visiting the museum, the Church and village of Guillemont and the Ulster Tower in Thiepval.

A bus was organized to bring us from Paris to the museum where we were warmly greeted and brought on a one-hour guided tour. Rather than being a study of military strategy and weaponry, this museum takes a more cultural approach to war and focuses on how the Great War was such a catalyst not only for the soldiers but also for civilians.

The battle of the Somme, which was fought by the armies of the British Empire and the French Third Republic against the German Empire, lasted from July 1 to November 18, 1916. In a spirit of universalism and reconciliation the museum interweaves not only French and British perspectives but also covers the war from the viewpoint of German soldiers and civilians.

The seventy thousand original artifacts on exhibition, tell their story in compelling clarity. The uniforms and personal items laid out in exhibition cases, per nationality, underlines how each uniform was worn by young men of similar age and interests, albeit differentiated by country. All endured the horror of the trenches, many were maimed or shell shocked, and many died.

As we examined the uniforms, Émilie our lovely guide jokingly pointed out that the initial elegant French uniforms had that certain ‘je ne sais pas quoi’. In the final room, an American army uniform is exposed beside the French, British and German uniforms. The practical long ‘trench boots’ the Americans wore when they entered the war in April 1917, would have eased or avoided ‘trench foot’ for the European soldiers who were issued short hobnailed boots and leg support bandages called puttees, neither which blocked the wet and mud. Many lost their short boots in the mud and marched ‘blood-shod.’[1]

Original recruitment posters on the walls remind us of how, before conscription young men were seduced by the offer of signing up for a ‘heroic adventure’, for a ‘few months’… Governments used synaesthesia in their campaigns to get as many men to the front as possible. WW1 army recruitment posters in Ireland honed into the Irish mentality, with slogans such as ‘An Irish Hero - 1 Irish man, defeats 10 Germans’, and used a lot of green and symbols including the St. Brigid’s Cross, the harp, and the shamrock.

In posters directed at British men family life and masculinity were often evoked. In France, shiny soldier uniform ensigns were engraved with the words ‘bon pour les filles’– implying a French soldier was a ‘real man’ and in uniform might have his pick of the girls.

In Germany where conscription was more the norm posters were often aimed at civilians to raise war funds. Émilie explained how many German soldiers, trapped in the French battlefields, died from starvation towards the end of the war when food parcels from their families didn’t get through. She also pointed out how the war encompassed all aspects of life, on and off the front; the exposed children’s’ toys were a soldier and war-nurse dolls.

Ambassador Patricia O'Brien and other officials cut the ribbon of the garden named ‘The Garden of Eutychia.’ Image: Patricia Killeen.

We stepped out into the peace garden where Ambassador Patricia O'Brien and other officials cut the ribbon of the garden named ‘The Garden of Eutychia,’ after the Greek goddess of happiness. Paradoxically, the Irish Peace Garden (designed by Peter Donegan from Dublin and Ian Price from Northern Ireland) in the immediate aftermath of contemplating war, evoked a feeling of peace and joy, and we thawed out in its beauty. The garden continues the non-sectarian perspective and pays homage to all Irish men, from North and South, who died in WW1.

One of the most striking features of the garden is a semi-circular low wall like seat inspired by the ‘Dún Ducathair’ fort on Inis Mór. Cocooned within the 9ft deep moat of the Castle of Péronne, in the midst of the magnificently landscaped gardens, shaded by hawthorn trees we listened to speeches by French officials, Ambassador Patricia O'Brien and French politician Xavier Bertrand, (former Minister for Health and currently President of the Regional Council for the northernmost region of France).

As our Ambassador rendered homage to the Irish WW1 soldiers, complimented the new garden, and spoke of the strong link between Ireland and France, at that moment in time I felt happy to be Irish in France. After the speeches, Peter Donegan led us through the gardens and entertained us with stories of his challenge transforming a 14th-century dried-up moat, constructed to keep people out, into a welcoming garden that drew people in.

The village of Guillemont, a short drive away and the neighboring village Ginchy, are soaked in Irish blood. More than 1,200 men from the 16th (Irish) Division were killed in the liberation of these two villages on 3rd and 9th September 1916. The church is at the very centre of the small village, which has neither a shop nor a café. However, we did locate the ‘Rue de la 16ème Division Irlandaise’!

One again French officials and Ambassador Patricia O’Brien spoke. I lost the battle of keeping tears in check in the beautifully decorated church, where the dead Irish soldiers are so honored. Plaques on the wall list the different battalions of the 16th Irish Division including the Royal Dublin Fusiliers in which Thomas Kettle and many Irish Volunteers had enlisted. Our Ambassador paid homage to Kettle (economist, journalist, barrister, writer, poet, and former Member of Parliament for John Redmond’s constitutional nationalist party) who died at the Battle of Ginchy on 9th September 1916. She said she hoped that Kettle would be proud of the progress that had been made for peace in Europe and Ireland.

Kettle, an ardent Irish nationalist, donned the British uniform knowing many of his fellow countrymen wouldn’t understand why. He enlisted after witnessing the horrors in Belgium after the German invasion and said "while a strong people has its own self for centre, it has the universe for circumference."

He went to war for European civilization and to fight for the freedom of another small country, fully aware that after Irish Independence eventually came he would be seen as one of the ‘foolish dead,’ in contrast with the 1916 Rising ‘heroes’. In the final lines of his poem, ‘To My Daughter Betty, The Gift of God’, Kettle explained his decision: “Know that we fools, … Died not for flag, nor King, nor Emperor, But for a dream, born in a herdsmen shed, And for the secret Scripture of the poor.”

In the lead up to the centenary of the 1916 Rising, Michael D. Higgins, President of Ireland, acknowledged Kettle’s place in Irish history and said, he was ‘an Irish patriot, a British soldier and a true European and understood that be authentically Irish we must also embrace our European identity’[2]. Francis Ledwidge, the other Irish WW1 war poet who died at the Battle of Ypres on July 31, 1917, like Kettle is now also considered as an Irish patriot and a WW1 war hero.

More Irish men, many of them members of the Irish Volunteers, died defending France than died creating an Irish republic. Many of them died for European freedom and in the hope that a grateful Britain post-war would pass the shelved Home Rule bill. On the other hand, other brave Irish men from Ulster enlisted in WW1 in the hope that the British would throw out the same Home Rule Bill!

Our final stop was at the Ulster Tower, Northern Ireland's national war memorial, constructed in 1921 opposite the Thiepval Wood from where the 36th (Ulster) Division made its historic charge on July 1, 1916. The Irish Ambassador, the Mayor of Péronne and the Sous-Préfet de Péronne once again laid wreaths, as they had done at the Celtic cross and French monument outside the Guillemont church. As I looked at the orange flowers in the green, white and gold Irish wreath, I remembered in ‘Observe the Sons of Ulster Marching Towards the Somme,’ how Frank McGuinness’s had described that Protestant soldiers exchanged their Orange sashes before going into battle.

Over the course of the day, I saw how revered our Irish WW1 soldiers were in France. The men, whose place in Irish history had been a long time enigma, had apparently always been honored in the French villages they defended. Tom Kettle and Francis Ledwidge were friends with many of the 16 men executed in the aftermath of the 1916 Rising. Francis Ledwidge’s poem "The Lament for Thomas MacDonagh" is considered by many to be one of the most beautiful WW1 poems.

When young people are struck down in their prime we can’t help but wonder about the outcome if they had lived. How would the combined talents of Tom Kettle, Tom Redmond and the 16 executed men have impacted the course of Irish history and the 1921 peace terms if they had been spared?

Kettle wrote from the Somme that if he were to live he would "spend the rest of his life working for perpetual peace." He had enlisted for ‘Liberty’ and after being wounded insisted on returning to the Somme out of ‘Fraternity’, for his Dublin Fusiliers. The WW1 soldiers were denied ‘Equality’ in a world where ‘bumbling’ deciders sacrificed young men as fodder. Kettle described the Great War as ‘an outrage against simple men’.

In the Irish Peace Garden, Ambassador Patricia O'Brien expressed her hope in people’s ability to assemble and discuss. I hope many will have the opportunity to visit the Peace Garden and museum in Péronne, the village of Guillemont and the Ulster Tower for the pleasure of a great day out, and ‘lest we forget’ peace can never be taken for granted…