The Titanic wreckage site in the North Atlantic Ocean is deteriorating rapidly and is in danger of disappearing forever, a new TV documentary claims. 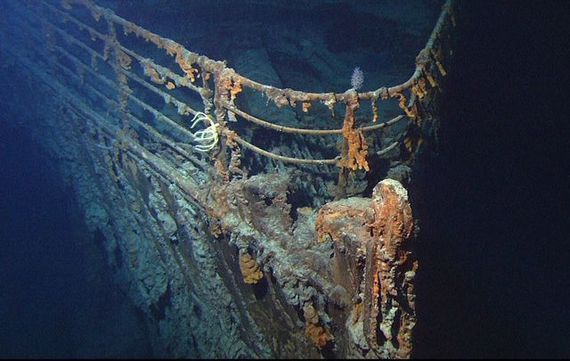 The Titanic's bow on the ocean floor. Public Domain

The Titanic wreckage could be lost forever unless it is saved quickly, according to a new documentary.

"Titanic: Into the Heart of the Wreck" aired on Channel 4 on Sunday night and features conversations with leading experts, who claim that the famous ship will disappear unless immediate action is taken to preserve the wreckage.

Experts told the documentary that metal-eating bacteria are destroying what is left of the vessel at an extraordinary pace.

Canadian microbiologist Lori Johnston told the documentary that the wreckage site is now teeming with life, causing the ship's condition to deteriorate at an alarming rate.

"There’s more life on Titanic now than there was when she was on the surface," Johnston said during the documentary. "It's just not human life, it's biological and organic life."

She said that rusticles - formations of rust similar to icicles - of up to two meters in length are drifting away from the Titanic's hull due to the presence of "millions of bacteria" for decades.

"The rusticles have been known to cause deterioration up to 100kg per day of iron that it is removing from the ship itself."

She said that the wreckage site is a "very good food source" at the bottom of the ocean because it is made of steel.

The TV documentary compared contemporary images of the wreckage site with images from its discovery in 1985 to showcase the level of deterioration at the site.

The program interviews a number of leading Titanic experts, including director and deep-sea explorer James Cameron, who directed the 1998 Best Picture-winning film "Titanic", and imaging specialist Bill Lange, who has visited the wreckage site on multiple occasions.

"Although the metal roof of the deckhouse is still intact, you can tell from the images that it’s dissolving away. The degradation will probably never stop," Lange told the documentary.

Oceanographer Paul-Henri Nargeolet said pieces of the ship and artifacts that are still intact must be recovered before it is too late. Otherwise, "everything will be lost".