A salvage firm seeking to pluck a wireless telegraph machine from the wreckage of the Titanic has begun a hearing in US federal court. 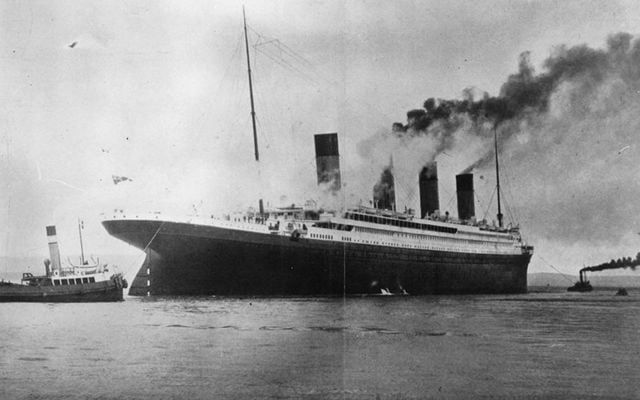 The Titanic sunk more than 100 years ago. Getty

A salvage firm seeking to pluck a wireless telegraph machine from the wreckage of the Titanic has begun a hearing in US federal court.

RMS Titanic, Inc. (RMST) called witnesses before a federal judge last week to argue that cutting into the sunken ship's hull and taking the Marconi Wireless Telegraph Machine that transmitted the Titanic's last distress signals would not be "grave robbery."

David Gallo, a retired oceanographer from Woods Hole Oceanographic Institution who is now a paid consultant with the company, said that obtaining the lost transmitter would further connect people with the history of the famous ocean liner.

"It's one of those iconic artifacts, like the signal flares," Gallo argued.

RMST has exclusive rights to salvage lost items from the Titanic. In the past, it has saved silverware, gold coins and fine china from the wreckage.

In total, RMST has salvaged more than 5,000 artifacts from the ship, but the US Government wants to protect the best interests of the public and of the sunken ship before it allows any more items to be salvaged.

A recreation of the Titanic's Marconi room - Wikimedia

Thus, the RMST will have to obtain federal permission to carry out the expedition, which is slated to take place in August.

U. S. District Judge Rebecca Beach Smith, a maritime judge who presides over all matters related to the Titanic, said that she needed time to deliberate on the case.

She requested more details about the proposed salvage and proposed scheduling another hearing in the near future.

The Marconi Wireless Telegraph Machine is thought to have saved hundreds of lives when it issued a distress signal after the ship fatally struck an iceberg on April 15, 1912.

The messages were picked up by nearby ships and on-shore authorities and included transmissions like, "we require immediate assistance," "have struck iceberg and sinking," and "we are putting women off in boats."

The final message that was audible said, "Engine room getting flooded,' before it quickly became fuzzy and inaudible.

The Titanic, previously thought to be unsinkable, sunk in just over three hours after it collided with the iceberg claiming the lives of over 1,500 passengers and crew. Just over 700 people survived the disaster.

Oceanographer Robert Ballard successfully located the wreckage in 1985, some 73 years after it sunk. It rests 12,000 feet below the surface of the Atlantic Ocean and around 360 miles from the coast of Canada's Newfoundland.

To successfully salvage the radio, RMST would have to cut through the ship's deckhouse to access the 'silent room,' where the Marconi machine was housed.

The room had soundproof walls and was used by operators to contact officials in the UK and the USA.

RMST contends that time is running out to salvage the telegraph, which it calls the 'voice of the Titanic.'

The ship is in a growing state of decay and a room on the opposite side of the deck has already collapsed, while the room above the silent room has begun to perforate.

Paul Henry Nargeolet, director of RMST's underwater research program, testified at the federal hearing and gave an ominous warning about the state of the wreckage.

However, those arguing against salvaging the radio claim that it would set a precedent for future expeditions.

Federal attorney Kent P.  Porter contends that this is not a one-off proposal to save the Marconi.

"It seems clear that this is not simply a `one-off´ proposal for the Marconi Wireless Telegraph, but a placeholder for future requests to take similar actions in order to recover other artifacts from inside the wreck," he argued.

RMST is facing fierce opposition from the National Oceanic and Atmospheric Administration, which represents the public's interest in the wreck site.

The NOAA is represented by the US Attorney's office in Virginia and they argue that earlier court orders prohibit RMST from cutting holes in the Titanic.

Several groups also argue that the site is a gravesite and therefore, it shouldn't be disturbed.

Irish maritime experts Michael Kingston and Ciarán McCarthy are attempting to intervene in the case in the hope that the US Government will afford the Titanic the same respects that the Irish Government affords the Lusitania - a ship that was sunk off the coast of Cork in 1915.

Ciarán McCarthy B.L., a barrister at law, outlined their arguments against the salvage expedition in an open letter.

“It is a matter of intense concern that it is proposed that the hull of the wreck, essentially the grave of the over 1,500 souls, including the emigrants from Ireland who had boarded the ship in Queenstown in Cork on the 10th April 1912 in search of a new life in the United States, should be penetrated to facilitate the removal of relics," he wrote.