Online database of crime in Victorian Ireland when the murder rate was seven times higher than today. 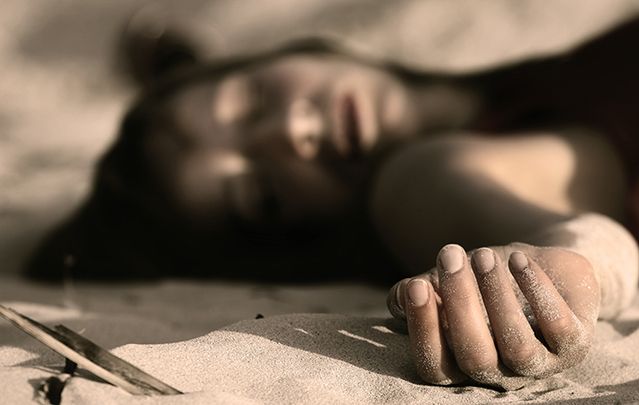 Online database released of crime in Victorian Ireland, when the murder rate was seven times higher than today. Getty images

Every time you take a nervous glance over your shoulder while walking alone on Ireland’s dark streets, count yourself lucky that you live in a much safer Ireland than the one that existed in times gone by.

Murders and theft committed in 19th century Ireland can now be the subject of your nightmares, however, thanks to a newly released online database from Ancestry.com.

From the Maamtrasna slaughter to the 1882 Phoenix Park murders, Ireland in the 1800s had a murder rate seven times higher than it does today. Assaults were the most common crime, 28,353 cases of which were reported between 1861 and 1893.

Described as the “Garda Pulse System of the 19th century” [the modern-day system used by Ireland's police force to track criminal activity], the database comprises thousands of crimes from pre-Easter Rising Ireland. The data spans the period of the early days of the Fenians through the years of the Land League protests (and some of the more violent outbreaks directed at landlords and their agents).

The records were compiled from the police gazette of the Royal Irish Constabulary (or RIC, the police force in Ireland while still under British rule) named “Hue and Cry,” which was distributed throughout Ireland between 1814 and 1922 to inform policemen of crimes committed in other parts of the country and to advertise rewards for those who helped the police with their investigations.

Establishing the whereabouts of a convict could prove to be a lucrative business for a member of the public with £1 (equivalent of $56/€50 today) offered to those who turned them in. Of course, if you could help solve a murder it was much more beneficial and so a total of £10,000 (almost $564,000/€500,000 today) was the grand reward offered for accurate information.

Aside from the assaults and murders, crimes in 19th century Ireland sometimes took a stranger turn with the theft of ferrets or foals also ranking among the most commons forms of crime committed. Others included the left of livestock (rife, especially towards the end of the 19th century), stealing bottles of ginger beer and stone-throwing.

The Irish Police Gazette Records, ranging from 1863 until 1893, give fascinating insight into the crimes, wanted criminals, reward systems and missing persons in Ireland during the Victorian era.

"It's the detail this can provide readers with – the physical description of this individual and what their role was in the crime," commented Rhona Murray from Ancestry.

Unfortunately only available to subscribers of Ancestry.com, here are some of the most shocking crimes available for examination on the Police Gazette Database:

The murder of Seán Seoighe (John Joyce), his wife, mother and two of his children in the small Maamtrasna townland on the Mayo/Galway border is a crime that has echoed through the decades. This case is still very much in the minds of those who live there today thanks to the apparent injustice of the subsequent trial, which may have put an innocent man to death for the crime, in a vast breach of human rights.

Seán Seoighe, his wife Bridget, his mother Mairéad, son Míchael and daughter Peggy were brutally murdered in their small cabin in the Gaeltacht (Irish-speaking) area, while another son, Patsy, was grievously injured but survived.

Míchael had also survived to be discovered by the neighbors, despite having been shot several times, but he later died from his injuries. While the men were shot, the women were so brutally beaten they were barely recognizable.

Ten men in total were brought to trial for the murder and three were sentenced to death. The trial was conducted in English, but all those in the dock were Irish-speakers. One of the witnesses in the case later (apparently) confessed to the murder of one innocent man and the imprisonment of three others, throwing the case again into mystery.

Newly appointed Chief Secretary for Ireland Lord Frederick Cavendish and the Permanent Undersecretary Thomas Henry Burke (the most senior civil servant in Ireland) were fatally stabbed in Dublin’s Phoenix Park on May 6, 1882, bringing the country to a standstill. Cavendish had just arrived in Ireland that day and people were incredulous that he had been murdered close enough to his own home that people inside heard the screams.

The murders are believe to have been the work of the “Irish National Invincibles,” an extremist nationalist group. In the records available in the database four men connected with the murder are described as having “whiskers and moustache recently clipped to give a bristling appearance…natural hollow or dinge on bridge of nose…brown faded coat as if much exposed to sun…the men had the appearance of sailors or well-to-do artisans”.

Stepping away from murder, in 1885 Robert Farquharson, an Assistant Manager in the Dublin branch of Munster Bank, was last seen boarding a train at the Amiens Street station in Dublin. He had  left the accounts of the bank in a less than a satisfactory state.

Described as having “good dark sparkling eyes, prominent teeth, walks with a stoop, dressed in gentlemanly style, generally wears a silk hat,” Farquharson absconded with over £70,000 and then vanished without a trace.