Marking the centenary of the death of Thomas's widow, Muriel MacDonagh, who died leaving their children orphaned. 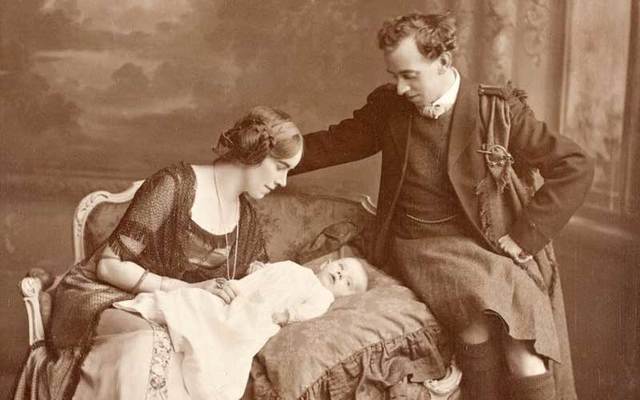 Just over a year after political activist and revolutionary leader Thomas MacDonagh was executed by the British for his role in the Easter Rising, his wife, Muriel MacDonagh, tragically died, leaving the couple’s two children orphaned.

A festival was held this weekend (July 8 and 9) in Skerries, County Dublin, marking the centenary of the death of Muriel MacDonagh, neé Gifford, who died while swimming off Skerries on July 9, 1917.

Many families of those executed by the British faced hardship and poverty in the year after the Easter Rising.

In his final letter to his wife, Thomas MacDonagh regretfully suggested that he had “devoted too much time to national work and too little to the making of money to leave them a competence.”

The Irish National Aid Association and Volunteers’ Dependents Fund (INAAVDF) was created in the aftermath to provide financial support to those republican families who faced dire circumstances after losing the principal breadwinner of the family.

Muriel MacDonagh, and the MacDonagh children, Donagh (4), also known as Don, and Barbara (2), known as Babilly, were recipients.

To give the grieving families a break, the INAAVDF rented out a large guest house, Mirimar, on Strand Street in Skerries, County Dublin, the Irish Times reports.

The widow and children of James Connolly were there along with those of Michael Mallin. Áine Ceannt, the widow of Éamonn was there with her son Ronan, and also present were some of the MacDiarmadas and Pearses.

The fund used photographs of the widows and children of the executed leaders to elicit sympathy and donations, and during one of the photoshoots, Don fell down the stairs, hurt his back, and had to be put in the hospital.

Because of the accident, Muriel had decided not to go to Skerries. However, she was told that if she did not go, neither would her sister Grace, also an Easter Rising widow, whose husband was Joseph Mary Plunkett. So Muriel reluctantly left Don in the hospital, promising to write to him every day and bring him back a box of shells. Don would never see his mother alive again.

Muriel died the afternoon of July 9, 1917, while attempting to swim to Shenick Island, a kilometer of so from the South Strand beach.

James Connolly’s daughter, Ina, 22 at the time, had asked Muriel to not try and swim out to the island, but reaching the island was both a personal and political goal for her, says the Irish Times. Muriel prided herself on being a strong swimmer and she wished to place a tricolor on the island out of the reach of the local Royal Irish Constabulary who had removed one front the beach. However, there was no evidence she had the flag with her when she went swimming that day.

She wrote to her son in hospital: “Dearest Don, I had a lovely big swim today and nearly got out to the island. I’ll have some lovely seaweed and shells when we go back. Love and million of pops from Babilly and Murielly.”

A party watched as Muriel swam further away from land. Ina Connolly exclaimed: “My goodness! She is an awful distance out.” Members of the party called out to her from the shore, but Muriel did not respond. Some of the party went to get the oars for a rowing boat left on the beach, but were refused by a servant in a local house.

When they returned to the beach, Muriel had disappeared. Her body was found the following morning on the rocks near Loughshinny Island.

A coroner's inquest found no water in her lungs. She had not drowned but died of heart failure brought on by exhaustion.

Her granddaughter Muriel McAuley, daughter of Barbara, says the distinction is important because it proves that, contrary to rumors, her grandmother did not kill herself.

“She fought until her heart gave out,” she says.

For Don and Barbara, the deaths of their parents within 14 months of each other would have life-long consequences.

The children were taken in by Katherine Wilson, the oldest of the Gifford sisters, and her sister, Grace.

Just two months after Muriel’s death, her father Frederick Gifford, a Catholic, died too, leaving his wife Protestant wife Isabella as head of the household.

Thomas MacDonagh’s sister Mary, a nun known as Sister Francesca, fought to gain custody of the children. Although several of MacDonagh’s siblings offered to take the children in, for some reason Mary decided to foster them out to strangers.

The fostering arrangement did not go well, writes the Irish Times. “We won’t go there,” says McAuley.

Don and Barbara did receive secondary school educations. Don at Belvedere College, Barbara at Leeson Street and Mount Anville. They both attended UCD and had their education fees paid by the State.

Don would go on to become a district court judge at the age of 31, but he was best known as a poet, playwright and broadcaster. Barbara trained to become a librarian, but married actor Liam Redmond, with whom she had four children.

Don's daughter Barbara Cashin says:“He was a flawed genius. As a family man, he was not a good father, but fascinating all the same.

“I remember Yeats’ son saying that it was like having an institution for a father or something like that. I suppose my experience of my father wasn’t all very positive.”

His daughter believes he was a man damaged by the tragedies that scarred his life, including the death of his first wife Nellie who suffered an epileptic fit and drowned in the bath in 1934.

“He would not talk about that. He talked about nothing. It was all internalized. I suppose he had to,” she says.

Don was ambivalent about the Easter Rising. Cashin recalls: “I remember saying as a little girl, `weren’t they very brave?’. ‘Or fools,’ he said.”

On the other hand, McAuley says her mother Barbara never doubted that her father’s role in the Rising was justified, but she, too, was damaged by her childhood experiences.

“Going to Arbour Hill every year was important. She was very moved by that. In the main, she did not express emotion, that’s what I mean by damaged. I would have given other people hugs, but we simply didn’t do that,” she says.

McAuley says: “Anybody they loved, anybody to whom they became attached ‘went away’ and they did not see them again.”

Both Don and Barbara made sure their children learned to swim.

“If I went near the sea, you could almost find the vibes coming off my mother,” says McAuley. “I picked up her fear of the water. I was determined to learn, but it was sheer bloodymindedness.”

Cashin says her father brought her to Dun Laoghaire Baths. “It was his absolute intention to make sure I could swim.”