The real history of how the English invaded Ireland

An excerpt from Garvan Grant’s “True(ish) History of Ireland” sheds light on some of the more subtle nuances of this dark chapter in Irish history. 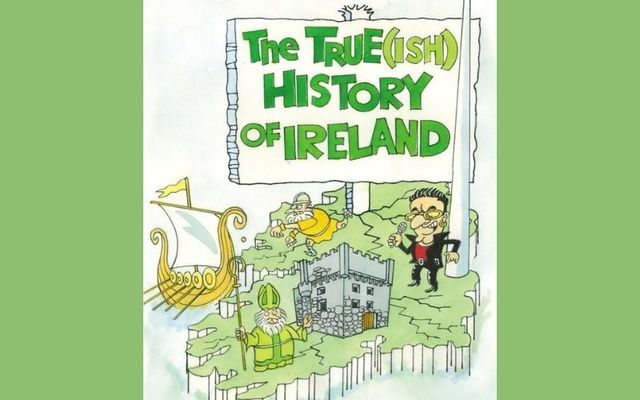 You may think you know the story of how the English invaded Ireland but think again.

This excerpt from Garvan Grant’s “True(ish) History of Ireland” sheds light on some of the more subtle nuances of this dark chapter in Irish history.

An English Solution to an Irish Problem

And so began eight centuries of fun, games, and oppression. From the twelfth century on, the English did everything in their power to make the Irish more ‘English’, including teaching them tiddlywinks, making them eat Yorkshire pudding and, when all else failed, taking their lives. The Irish are a famously stubborn lot, however, and very little worked. Often, the Irish would just turn around to their conquerors and say: ‘Yip, that’s grand, we’re all English now, so you fellas can head off home and we’ll look after things here for you.’

The English usually replied: ‘How jolly decent of you! Back home, they told us you were savages, but you chaps are actually quite good sports!’

And the Irish would reply: ‘Not a bother, me lord sir! See youse later.’

Then, as soon as the English were gone, they would just carry on being all Irish, having fun and staying up late telling stories about how they managed to dupe the English.

However, the English soon realized that their policy of absenteeism was becoming a joke. They knew that the best way to defeat the cunning Irish was to suppress the entire country, which would have cost a fortune … or they could just build a big wall around the greater Dublin area and put signs on it saying, ‘Beyond this wall is Britain. No Irish, no savages, no dogs!’

They decided on the less painful latter option and called the walled area The Pale. These days The Pale is protected by the fast and dangerous M50 ring road instead of a big wall, though most people who live outside it have little or no desire to enter.

More Irish than the Irish Themselves

Ironically, the Norman and English policy of trying to make the Irish less Irish backfired, and by the fifteenth and sixteenth centuries, a lot of the former oppressors had become more Irish than the Irish themselves.

First among these were the Fitzgeralds, the Earls of Kildare, who looked Irish, ate chips a lot and wore Celtic football shirts. They were descended from a man called Norman Fitzgerald, who, as his name suggests, was more Norman than most Normans. He had been a big pal of Strongbow’s back in the day, but his descendants were now plotting a way to be independent of the English crown.

That particular crown was being worn by Henry VIII at the time and the Fitzgeralds decided it would be best to butter him up and pretend they were ruling Ireland in his name. The other option would have been a massive war, which would have definitely got in the way of traditional leisure pursuits such as coursing, cursing and just hanging out. This arrangement also suited Henry VIII, as he had a lot of domestic issues to deal with. Well, six to be exact.

Henry’s home life also rather famously caused a row with the Church, which wasn’t keen on people divorcing their wives, let alone beheading them. This meant that a split with Rome was inevitable. Naturally, Henry decided to become head of his very own Church and dissolved all the monasteries in England and Ireland. This led Garrett Óg Fitzgerald to quip: ‘As long as “Pope Henry the Wife-Murderer” doesn’t dissolve the pubs, we shouldn’t have a problem.’

Unfortunately, someone told Henry about this particular gag, which led him to crush the Fitzgeralds and force his rule on all Irish clans. He did this using the ‘Surrender and Regrant’ policy, which meant that if you surrendered to him, he wouldn’t kill you and you could keep your land, which was doubly nice of him. The Irish chieftains agreed, but only because it didn’t really affect them either way.

When Elizabeth I ascended to the English throne in 1558, she took a more lenient attitude towards Ireland. She even let the people of Ireland carry on being Catholic, speak their own language and live, which was dead nice of her.

In return, all she wanted from the various chieftains who had divided the country up between them was ‘unconditional loyalty’, the swearing of an odd oath and bucket-loads of cash. This suited everyone – until some of the Irish fellas got greedy and started scrapping with their neighbors over bits of land. This led to Elizabeth showing her not so lovely side and coming down quite hard on the Irish.

Eventually, in 1607, four years after Elizabeth’s death, a bunch of Irish earls decided enough was enough. They were going to go to Europe and bring back a fierce army that would defeat the English and end the conquest of Ireland forever and ever. Unfortunately, as the weather and the food were so lovely on the continent, they stayed there and never came back. This was known as The Cowardly Flight of the Earls, though the earls later shortened it to the much more catchy ‘Flight of the Earls’.

If You Can’t Beat Them, Make Them Join You

Tired of fighting, the English then decided the best way to ‘civilize’ the Irish were to send some nice English, Scottish and Welsh people to live on their lands, so the Irish could see just how brilliant being British was.

These ‘Plantations’ might have worked too, except that a lot of the planters weren’t very brilliant – or very nice. They hadn’t signed up for it because they loved the Irish and wanted to make them better people; they came because they were given free land with free peasants (or ‘slaves’) to work on it. It was lovely in theory, but probably not a recipe for success on the ground.

Please Tell Me That’s Not Cromwell

Until the seventeenth century war in Ireland had been mainly about unimportant things such as land, money, and power, but after the Reformation and Counter-Reformation, it became more about good, old-fashioned religion. How God felt about this change was anyone’s guess.

In 1649, when the latest war in England ended and Charles I lost his head and couldn’t find it anywhere, the English sent over a lovely chap by the name of Oliver Cromwell. He was only in Ireland for nine months but managed to get in more violence than many other English people had done in decades.

His theory of how to win a war – and it has yet to be proved wrong – was to kill everybody. He and his army – they were originally going to call it the New ‘Slaughter Everybody’ Army but eventually decided on the much catchier New Model Army – basically attacked anyone they met who wasn’t one of their soldiers.

Many English people look on Cromwell as a great hero and a military genius; Irish people, on the other hand, lean more towards the genocidal nutcase description. However he was viewed, he certainly made his mark on Ireland. The Act of Settlement of 1652 basically meant that if you were Irish, Catholic or just in the way, you could be slaughtered and have your land confiscated. The only other option was … actually, in typical Cromwellian fashion, there wasn’t any other option.

The Irish are a generous people and are never keen to criticize anybody, even if that person’s sole aim is to wipe them off the face of the planet. They were even quite nice about Oliver Cromwell. The following is a selection of quotes from various members of the Sweeney clan who knew and loved the real Oliver Cromwell:

The True(ish) History of Ireland by Garvan Grant with illustrations by Gerard Crowley, published by Mercier Press.