Happy St. George’s Day - he’s not a patch on St. Patrick though

England's patron saint George was born in Syria, unlike our Saint Patrick! A good Welsh man! 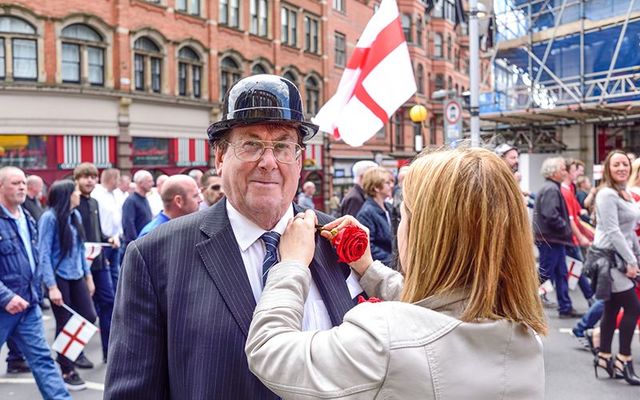 England's patron saint George was born in Syria, unlike our Saint Patrick! A good Welsh man!

Happy St. George’s Day if you are English. Saint George the patron saint of England and his red and white crossed flag has long stood for England’s supremacy.

Yet St. Patrick was far more British than he.

St. George was born in Syria around 275AD and never set foot in England. Saint Patrick was born in Wales.

George was born to a Christian family and became a great warrior. Roman emperors tried to get him to denounce his Christianity, but he refused and he eventually died a martyr.

St George:
His dad was from Turkey
His mum was from Syria
He was a Roman
He died in Palestine
He never visited England
He is a Palestinian and Muslim hero for bravely standing up against discrimination and oppression
He didn't kill a dragon#StGeorgesDay https://t.co/ta9Itnv7sn

When it came time for the Crusades, George became an obvious saint to rally around, being from that neighborhood.

He became especially worshiped in Britain where, by the 14th century, he was very much the patron saint of the land.

Even when the Reformation hit and Catholicism were banished, St. George’s Day remained intact, a clear example of his popularity.

St. George and the Dragon is the motif most people associate with him. The tale is that there was a dragon threatening a state and each day it demanded more and more sacrifice.

George eventually killed the dragon because the dragon's next victim was a princess and George loved her.

Or so it goes. Most see it as a symbolic tale about George slaying the pagans.

Anyway, the British will celebrate, but hardly with the ferocity that we do with St. Patrick.

When it comes to patron saints I think the Irish have definitely got the better of this one.

Read more: Did St. Patrick really banish all the snakes from Ireland?

Here's an explainer on all things St. George's Day: