The chilling story behind one of Ireland's most haunted houses

Sharon Rectory in Co Donegal was the site of a gruesome double-murder in 1797. 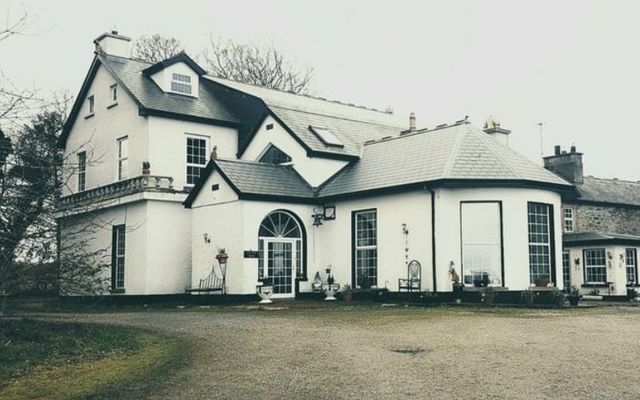 The former Church of Ireland rectory is said to be haunted by lost souls and a demonic presence. Sharon Rectory Facebook

Sharon Rectory in Manorcunningham, Co Donegal, one of Ireland's most haunted houses, has come under the microscope in a compelling TV series.

The chilling story of Sharon Rectory in Manorcunningham, Co Donegal, was the subject of the first episode of the BBC's Ulster-Scots program "Afeared," where historian David Hume and writer Darren Gibson investigate some of Ulster's most haunted dwellings.

Built in 1775 as a Church of Ireland rectory, Sharon Rectory was the site of a gruesome double-murder in 1797 when the Reverand William Hamilton and his wife Sara Waller were ruthlessly murdered by the United Irishmen on the eve of the 1798 Rebellion.

The ancient mansion is said to be haunted by lost souls and a malevolent spirit that gives the house a demonic presence.

Sharon Rectory fell into disrepair following years of disuse but was bought by Vincent and Lisa Tully in the 1990s. The couple renovated the dilapidated property and moved in with their two daughters Emma Louise and Victoria.

They almost immediately began reporting sightings of a "blue lady," while Emma Louise, who still lives on the property, claims that she has been "bitten, scratched, and terrorized by demonic ghosts".

Emma Louise has published a book - "The Haunting of Sharon Rectory" - detailing her terrifying experiences in the house, while she also runs a Facebook page to give regular updates about the haunted mansion.