The Museum of the American Revolution's new virtual exhibit explores the story of Irish soldier Richard Mansergh St. George, who fought for the British in revolutions on both sides of the Atlantic. 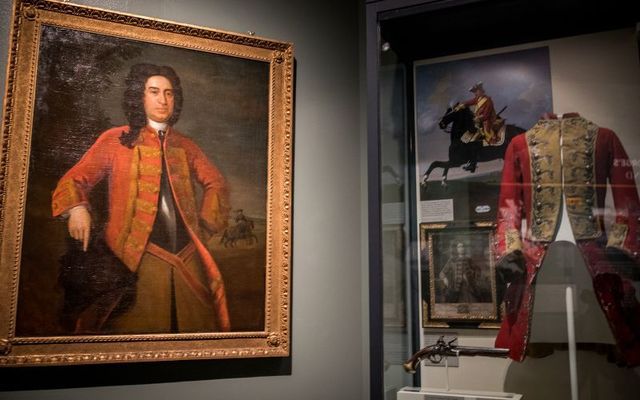 The exhibit is adapted from the museum's Cost of Revolution special exhibition which ran from September 2019 until March 2020 and explores the story of Irish soldier Richard Mansergh St. George, who fought for the British in revolutions on both sides of the Atlantic.

The exhibition uses information from hundreds of artifacts, manuscripts, and artwork from around the world in addition to high-resolution images, video clips, and audio clips to chronicle St. George's dramatic journey.

St. George fought for the British Army in nine major battles in New York and Philadelphia during the American Revolution and was so recklessly brave that he reportedly once complained of not being wounded.

He was subsequently shot in the heel during the Battle of Brandywine Creek on September 11, 1777.

He was killed in February 1798 while fighting against the United Irishmen during the 1798 Rebellion.

"We are so pleased that more and more people will be able to explore Richard Mansergh St. George’s multifaceted life story through this online resource.

"Cost of Revolution reminds us of the immediate international significance of the American Revolution and how it changed the lives of the people who personally experienced it."

Visitors will be able to explore five different portraits of St. George spanning 25 years, including three portraits by Irish artist Hugh Douglas Hamilton and one portrait by English artist Thomas Gainsborough. A self-portrait by St. George is also included in the exhibit.

Together, the portraits, cartoons, and sketches reveal the physical and emotional toll of the revolution.

Also included in the virtual exhibit are a British Army coat and pistol that belonged to St. George's grandfather and bound maps of St. George's Galway estate from 1775.

A copy of August 24, 1776, Leinster Journal, which features one of the first printings of the American Declaration of Independence in an Irish newspaper, is also included in the online exhibit, while Lord Edward Fitzgerald's ribbon and Theobald Wolfe Tone's membership certificate from the United Irishmen are also available to view.

More than 70,000 people visited the Cost of Revolution exhibition during its run at the Museum of the American Revolution in Philadelphia.

The onsite exhibition was awarded a 2021 Award of Excellence from the American Association for State and Local History (AASLH) and a 2021 PA Museums Institutional Achievement Award. Visit the virtual site here.