Between 600 and 900 long-lost Irish immigrant graves discovered in a seemingly empty field. 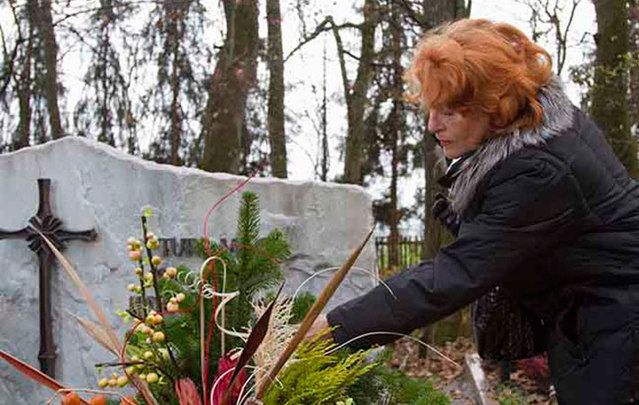 Digging up your family’s past can come with a disclaimer: be careful, you never know what you may unearth about those who came before you.

For Rhode-island woman Annie McMullen, that disclaimer had an amazing materialization, as she unearthed hundreds of previously lost and forgotten Irish graves in the US while on a quest to trace her husband’s Irish ancestry.

In an apparently empty field, covered by grass and just a few inches of soil that had accumulated over the years, lie approximately 600-900 gravestones marking the second resting place of bodies previously disinterred from the Irish Catholic Cemetery in Waltham, Massachusetts.

McMullen’s journey began a few years ago when she decided to trace her in-law's journey to the US from Ireland and learn more about their time there. Researching back through the family tree, she was led to Waltham, the home chosen by her husband’s great-great-grandfather and his three brothers in the 1800s as they fled the potato famine.

One of the brothers, Charles, died in a freak accident in Waltham and was buried in the local Catholic cemetery, one of the main internment sites for Irish Catholics in the area, Waltham’s Church Street Cemetery.

Traveling to visit the grave, it was immediately apparent that the area outlined in the records as a cemetery no longer served the same purpose. Although St. Mary’s Church still lay on the grounds, in lieu of headstones, stood houses and even a school.

Once again returning to her research to uncover the mystery of the disappearing cemetery, McMullen searched through newspaper archives looking for mentions of the site until she came across a news article from the mid-20th century outlining an agreement between the Archdiocese of Boston and the local school to use the land for an extension.

As a result, 1,000 bodies were disinterred from the original graveyard and relocated to the Calvary Cemetery in 1947.

Further disappointment struck as McMullen reached the Calvary Cemetery to be greeted with a largely empty field but for one or two old headstones. Where were the bodies of the hundreds of Irish immigrants taken from Church Street? Her research had told her that the graves were laid in rows with headstones lying flat over the coffins.

Deciding to take matters into her own hands, she searched under the soil and began to find the markers hidden under dirt and grass, left neglected and forgotten since 1947. And here they were; immigrants from all counties of Ireland, hidden in a seemingly empty field.

Wanting to continue in uncovering the hundreds of buried headstones, McMullen pledged to finish off what she’d started and return the graveyard to its former glory.

Reaching out to Archie Bennett, Waltham historic preservationist; Sheila Fitzpatrick of the Waltham Historical Society; and The Irish Ancestral Research Association, they together decided to begin a restoration project to remove the years of neglect lying over the Irish immigrants’ final resting place, with work beginning on September 19 and 20.

“I began to wonder about all the individuals who have been searching their Irish family history and have not been able to find where their family members are buried,” she writes.

“I am hopeful that in doing so we may be able to connect many Waltham/Newton [residents] and other individuals of Irish descent with their ancestors.”

The archdiocese is also believed to be erecting a memorial monument on the site to remember all those long forgotten in its soil.