Patrick Andrew Collins - the Boston mayor from a farm outside Cork 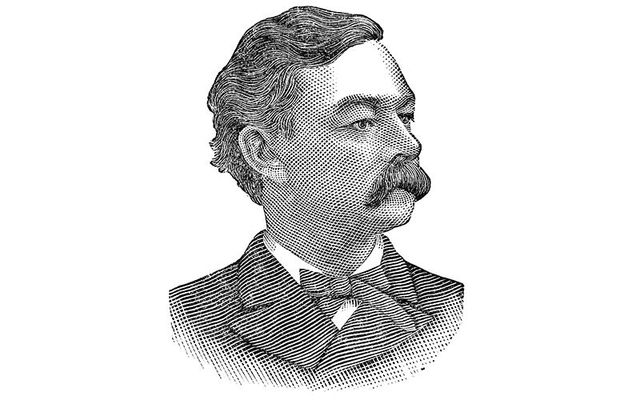 Patrick Andrew Collins was born on his father's farm in Ballinafauna just outside Fermoy 175 years ago (March 12, 1844). Collins would become a politician in America where he became a representative for Massachusetts and Mayor of Boston.

Before his fifth birthday young Collins left his Cork home. The father of the Collins family had died, and the widowed Mrs. Collins took herself and her children to America.

An Gorta Mor had swept the land and in 1848, Ireland, but most notably Cork, was in the grip of hunger and disease. The only route to survival was the one to America and the Collins family joined thousands of other emigrants on ships sailing across the Atlantic Ocean.

The Collins family settled in Chelsea, Massachusetts, and young Patrick Andrew Collins became an apprentice in the upholstery trade. He became active in the trade union movement and also in the Fenian movement which had flourished in Massachusetts with the influx of Irish immigrants.

In 1868, the man from Fermoy became a Democrat member of the Massachusetts State House and two years later joined the State Senate. In 1871, Collins was admitted to the bar in Boston. He had spent years saving up money to study law at Harvard Law School, not bad for a Cork lad who started off as an apprentice upholsterer.

Collins practiced in Boston and by 1875 he became Judge Advocate General of Massachusetts.

Collins was an influential figure in the Boston Democrat machine and was a delegate to the Democratic National Convention in 1876, 1880, 1888 and 1892. He was also chairman of the Democratic State Committee from 1884 to 1850.

In 1882 he was elected to the US Congress where he served three terms.

Under President Grover Cleveland Collins, who had once associated with Fenians, was made Consul General in London from 1893 to 1897.

Collins married Mary Carey and the couple had two daughters and one son. The Collins family lived among the Irish community in Dorchester, Massachusetts.

In 1902 Collins became the Mayor of that most Irish of American cities - Boston. During his term, he was noted for protecting historical areas in the city such as Boston Common.

Collins served until 1905 when on September 14 that year he suddenly died while on a visit to Hot Springs, Virginia. He was 61 years old.

The funeral of Patrick Andrew Collins was one of the largest seen in Boston and the man born near Fermoy 175 years ago lies in a grave in Holywood Cemetery, Brookline, Massachusetts.

Today an impressive bronze bust of Collins can be found in Commonwealth Avenue Mall in Boston while an even more impressive monument marks his final resting place - a large limestone Celtic cross with a stone bust of the Cork man.

Patrick Andrew Collins is remembered by Bostonians today as a politician who held great dignity and integrity - a rarity in today's political world.

Read more: Irish famine memorial in Philadelphia to be moved