On this day in 1912, Titanic officially began its maiden, yet tragic, journey. 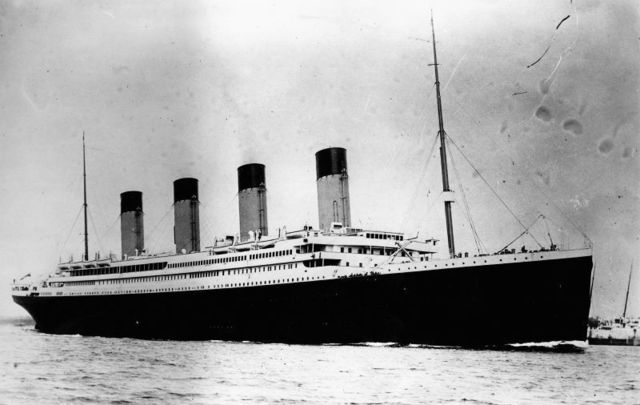 The Titanic officially set sail on this day, April 10, in 1912. Getty Images

Titanic picked up more than 200 passengers at its French stop

On April 10, 1912, the Titanic departed from Southampton in the UK just after noon, officially launching her maiden yet tragic voyage.

Upon her departure from Southampton, an estimated 1,846 people were on board making up the majority of the ship’s maximum capacity of 3,547 people.

Departing Southampton, the Titanic endured a small delay when the massive amount of water the ship displaced nearly caused a collision with the SS New York.

Titanic Belfast reports that the SS New York broke free of her moorings and swung towards Titanic, but that the quick actions of a nearby tug who pulled her out of the way saved the day and allowed the Titanic’s maiden journey to continue with just a small delay.

The luxurious new White Star liner later docked in Cherbourg, France at about 6:30 pm to pick up more passengers. The tender ships SS Nomadic and SS Traffic ferried the next batch of passengers to the Titanic.

Today, the refurbished SS Nomadic is a feature of the Titanic Belfast exhibit in Northern Ireland:

Two hundred and eighty-one passengers boarded in France: 151 were First Class, 28 were Second Class, and 102 were Third Class.

Twenty-four passengers disembarked Titanic in Cherbourg as their journey had completed.

Many of Titanic’s most wealthy and famous passengers boarded at Cherbourg. Amongst them was John Jacob Astor and his pregnant wife, as well as Sir Cosmo Edmund Duff Gordon and his wife Lady Lucy Christiana Duff Gordon.

Titanic Belfast reports: “Only 21 of those who embarked at Cherbourg were French, with the rest from America, England, Belgium, Canada, Croatia, Greece, Italy, Lebanon, Poland, Russia, Syria, and Uruguay.

Titanic was docked in Cherbourg for only a few hours before departing at about 8:10 pm and heading for Queenstown - now Cobh - in Co Cork in Ireland for its last stop before it fully headed to sea.