Newgrange findings offer clues to the origin of dogs

A bone from the ancient Irish burial monument could unlock the secrets to the history of the domestication of dogs. 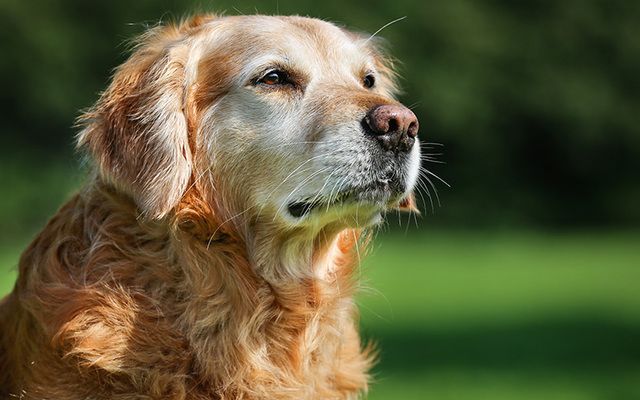 Within scientific dog-study circles, it is a well established fact that the domesticated dogs we know and love in the 21st-century were born out of an ancient species of gray wolf, that partnered with evolving humans to form a relationship that still holds the animal up as man’s best friend.

What is still the subject of much debate, however, is the exact time and place when this domestication took place and for just how long dogs as we know them have been the human race’s most loyal companion. Could the ancient Irish burial chamber Newgrange hold the answer?

Archaeologist and geneticist Greger Larson believes that it does having spent the last number of years working on a theory that domestication of dogs happened not once in the world but twice, changing a rhetoric of once-off domestication often pushed by scientists working in this field.

Larson, who works at the University of Oxford, had previously dedicated his time to the research of the domestication of pigs but growing tired of his colleagues successfully publishing lesser papers in more prolific journals because their subject matter - dogs - were more cute and cuddly, he set his mind to attempting to solve some of the many mysteries still surrounding the origins of dogs.

His research took him to Newgrange in Co. Meath, the famous 4-800 year old monument that outdates both Stonehenge and the pyramids of Giza. Previous researchers from Trinity College Dublin have worked on the bone fragments found on the burial chamber of Newgrange coming across not just human but animal remains. Among the animal remains was the petrous bone of a dog, a bone found behind the year that is notoriously good as preserving DNA.

Within this bone, Dan Bradley from Trinity managed to find enough DNA from the bone that he could reconstruct the whole genome of the dog which Larson and his colleague Laurent Frantz were then able to compare to the sequence of some 700 modern dogs, constructing their own dog family tree as they did so that stretches back thousands and thousands of years.

Where he differs from his colleagues, however, is that Larson believes that once they arrived there, these dogs met with a completely unrelated also domesticated set of dogs with whom they mated, replacing them.

With a colony of dogs in the Ancient West and one on the Ancient East, the ancient east pack split in two and, moving west, took western Eurasia for the older west-side pack. This more ancient western breed were then made extinct with only 10 percent of their DNA remaining in western dogs today, the rest coming from their ancestors in the ancient East.

Larson has come to this conclusion, with thanks to the Newgrange bone, because of the specific (well in the region of a few thousand years, at least) that this migration is supposed to have happened. Even if it did take place as long ago as 14,000 years, dog bones have been found in the west that predate this significantly and so could not have been members of the domesticated dogs in the east.

“Any claims for more than one need to be substantially backed up by a lot of evidence,” Larson, who has previously criticized other attempts to claim that an animal was domesticated twice, told The Atlantic.

“Pigs were clearly domesticated in Anatolia and in East Asia. Everything else is once.”

While Larson does have his detractors, especially as the Newgrange bone is the only specimen that is available to work from, scientists are even having difficulty still in agreeing whether dogs originated in China or in Siberia, never mind a double domestication.

Bob Wayne and his team from the University of California, Los Angeles, in 2013 compared the DNA of 126 modern dogs and wolves, and 18 fossils. Coming to the conclusion that dogs were domesticated somewhere in Europe or western Siberia, between 18,800 and 32,100 years ago, while Peter Savolainen from the KTH Royal Institute of Technology in Stockholm, whose team compared the full genomes of 58 modern wolves and dogs, believed they showed dogs originated in South China around 33,000 years ago.

Neither Wayne nor Savolainen find credibility in Larson’s theory of double domestication but he argues that by focusing on a study of genes alone that they are missing the most obvious physical remains that can prove his research: bones.

“If we’re wrong, then how on earth do you explain the archaeological data? Did dogs jump from East Asia to Western Europe in a week, and then go all the way back 4,000 years later?” Larson asks The Atlantic, yet even he, still, will only admit to being 70 percent certain.

“The only way to know for sure is to go back in time,” he adds.