National Geographic captures color and beauty of Ireland in 1927 (PHOTOS) 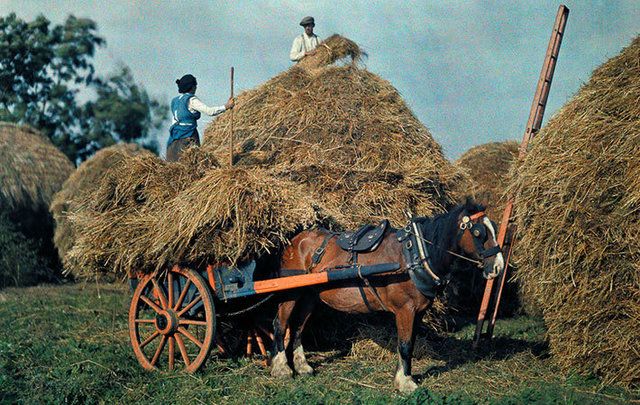 These remarkable photographs were taken by Clifton R. Adams in the 1920s. Adams captured the idyllic nature of Ireland and rural life in the early 20th century.

On assignment with National Geographic, Adams was sent to Ireland in 1927 to document (through photographs) the way people lived.

At that time Ireland was emerging as a new, if partitioned nation. War torn and still not officially the Republic of Ireland, the Irish Free State was recovering from the brutal the War of Independence and subsequent Irish Civil War and still coming to terms with the partition of Ireland which had been enacted under the Anglo Irish Treaty six years previous.

Shot in autochrome, the images are some of the first great examples of color photos taken in Ireland. Autochromes were created using a layer of potato starch grains dyed red, green and blue. They also involved a complicated development process.

With the long exposure times needed to produce a color photograph compared to those in black and white, the autochrome technique was all but abandoned in 1938 in favor of Kodachrome.

Still a country of farmers, with many communities recovering from the 1840s Great Famine, Ireland in 1927 had a historically low population of just three million.

The images capture the lives of the people – old women knitting, women standing in their incredibly colorful gardens holding work tools as they stand outside their stone cottages and others saving hay in the fields.

One of the most striking photographs includes three generations of Irish woman settled outside their home.