October 8, 1921, was when the Irish and British negotiators of the Anglo-Irish Treaty were named. Michael Collins feared the worst when De Valera refused to go. 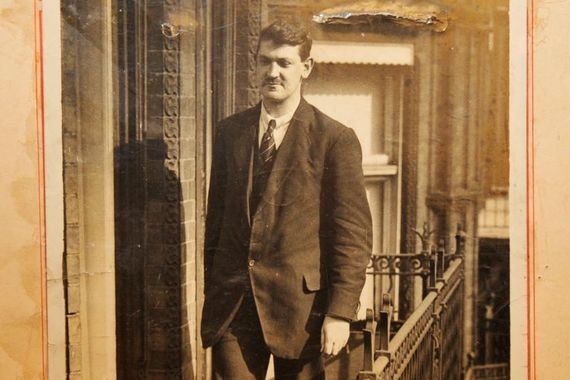 Michael Collins named the treaty delegation on this day in 1921. Rolling News

Exactly one hundred years ago to this day, 8th of October 1921, the death knell of a United Ireland sounded and Michael Collins knew he was signing his death warrant.

The announcement of the teams on both sides negotiating the Irish Treaty after a bloody War of Independence treaty was made showed what a terrible disadvantage the Irish side had.

On October 8th, 1921, The London Times reported that Michael Collins was up against the Prime Minister, David Lloyd George, Mr. Chamberlain, the Lord Chancellor, Mr. Churchill, Sir L Worthington Evans, Sir Hamar Greenwood and Sir Gordon Hewart, the Attorney-General, who would be a member when constitutional questions were under consideration.

Two prime ministers in effect were ready for Collins as well as top cabinet figures. Churchill, probably the wiliest British leader in history, was chosen to sort out the Irish who were missing their ultimate leader Eamon de Valera.

The full Collins delegation, some like Collins just out of their military uniforms, were unskilled negotiators.

“Large numbers of Irish people in London are expected to assemble outside Euston station to welcome them. Two private houses have been taken for their accommodation during their stay.”

The British pols, lords, and nobles had been sorting out the future of colonies all over the world for centuries. Ireland would be just one more. They had little respect for their adversaries led by a 30-year-old Cork man, a great soldier and unskilled negotiator.

He knew the strength of the Unionist thugs behind him and their threats to fight loomed over the negotiations every day,

Collins knew there would be no going back to war. He himself had been the Scarlet Pimpernel but now they had pictures galore. Equally, the locations of local IRA leaders, arms dumps, etc. were now known to the enemy.

It was an impossible task. He knew De Valera hated him for his popularity and openness. Any slip and De Valera would crush him.

The crowds as predicted were massive both in Dublin and London as the Irish arrived. Many had tears in their eyes. Was it possible there would be a free Ireland? Collins was thinking the worst but knew he had to hope for the best, October 8th, 1921 was when they set out for London for their appointment with history. It would not go well.