Did you know that Irish revolutionary giant Michael Collins once owned a pair of bright blue slippers with wolves stitched on the front? 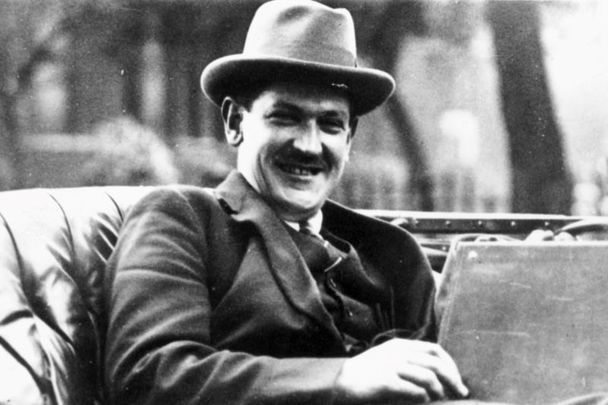 Michael Collins was better known for his militaristic look than he was for wearing bright blue slippers. Getty

A pair of bright blue wool slippers with a wolf's head stitched on the front that once belonged to Irish revolutionary Michael Collins are tucked away in a storage museum at a Dublin museum.

The 100-year-old slippers, which are as vividly blue as if they were crafted this year, are currently stored in a storage room at the National Museum at Collins' Barracks in Dublin City.

The museum regularly houses thousands of items in its storerooms as it does not have space to display everything it owns and curators at the museum maintain Collins' unique slippers by wrapping them in acid-free tissue paper and storing them in cardboard boxes. The slippers were recently observed by Irish historian Gillian O'Brien.

Thanks to ⁦@BrenMalone⁩ who spoke to ⁦@LJMUHistoryMA⁩ students this morning - live from the stores of the National Museum. And as an extra treat we got to see my favourite objects - Michael Collins’ wolf slippers. #museum #irishhistory #publichistory #artefacts pic.twitter.com/oq0WnaMuAe

The size nine slippers paint a different picture of Collins than the usual images of suits and military uniforms, and allow people to imagine a different side to the "Big Fella".

The slippers were donated to the National Museum by Bridget O'Connor in August 1958, almost exactly 36 years after Collins' death.

Batt O'Connor, Bridget's husband, was a builder and developer who allowed the IRA to use many of his properties as safe houses during the War of Independence. He even constructed secret rooms complete with escape routes to facilitate a quick getaway in the event of a raid by British forces.

Collins was a regular guest at the Batt and Bridget O'Connor's house in Donnybrook from May 1918 until his death in August 1922, possibly explaining how the slippers fell into their possession.