Elizabeth “Lily” Kempson McAlerney, believed to have been the longest surviving rebel in the US of the 1916 Rising, died in the US on January 21, 1996 at 99 years old. 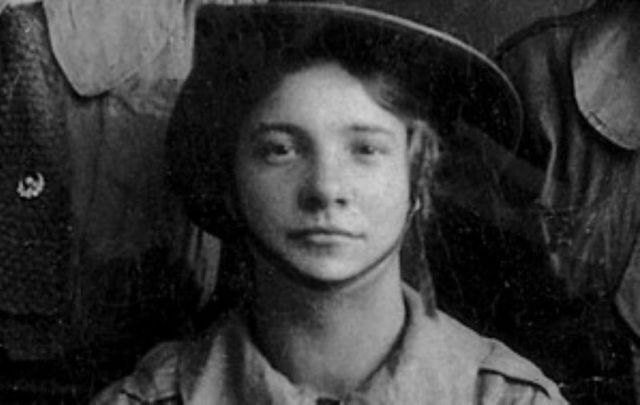 Elizabeth “Lily” Kempson fled to the US after fighting in the 1916 Easter Rising. She died on January 21, 1996, at 99 years of age in Washington state.

Elizabeth Ann “Lily” Kempson McAlerney, believed to have been the longest surviving rebel in the US of the 1916 Rising, died on January 21, 1996, in Washington state in the US.

One of the rebels sent to take over St. Stephen’s Green, she was handed a revolver and told: “you’ve got to use this, but be careful who you hit.” When one of her compatriots attempted to desert the group, she pointed the revolver at him and told him no one was leaving. “I want to go home," McAlerney recalled the man saying, in an article for the American Journal.

As Easter Week went on, she served as a courier for the rebels at the General Post Office, delivering messages and dodging the bullets as she went, and also peeled potatoes to help feed those trapped inside.

After the Rising, Lily, who had been previously arrested for participating in labor protests, was on a list of Rising participants marked for prison or exile.

Taking matters into her own hands, she fled for the US using her sister-in-law’s passport and some money her mother had saved in hopes of keeping her daughter away from danger.

Once in the US, Lily made her way west to Seattle, where she met and married a fellow Irishman, Matt McAlerney. They had seven children, 34 grandchildren, and 116 great-grandchildren by the time Lily passed away in 1996. Matt predeceased her by 15 years.

For her role in the 1916 Rising, Lily received medals and a monthly pension from the Irish government for many years. Proud of her history, she was also a frequent lecturer at schools and university lecture halls.

“They’re working all the time,” our sister publication Irish America magazine quoted her as saying. “You’ve got to sit down and talk it over. You’ve got to get all the children to go to school together. Education is the key.”

In recent years, her grandson, Michael McCullough, has carried on her tradition, giving a talk about his grandmother at the Woman’s Century Club in Seattle. Similarly, Kempson's great-grandson Casey McNerthney has chronicled the 1916 rebel's life online.