Millvina Dean, the youngest passenger on the Titanic, was just nine weeks old when she set sail on the maiden voyage of the doomed ship in 1912 with her family. 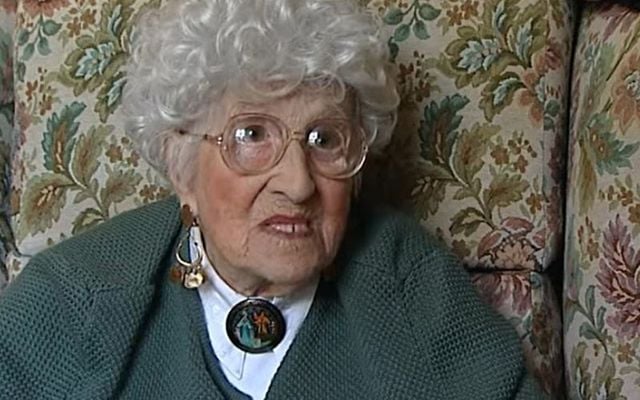 Millvina Dean, the youngest passenger on the Titanic, was just nine weeks old when she set sail on the maiden voyage of the doomed ship in 1912 with her family, who planned on moving to Kansas and setting up a tobacco shop. She was rescued with her mother and brother while their father perished.

Dean lived in a private nursing home in Southampton, England, the very same town where the legendary ship began its fateful voyage.

Watch: In this interview from 2008, Millvina Dean explains how she was unaware she was a passenger on the Titanic until she was eight years old.

But sadly, Millvina had money troubles later in life and was forced to sell some of her family’s prized possessions, including a suitcase filled with clothes given to her family when they arrived in America as well as compensation letters sent to her mother from the Titanic Relief Fund.

Mullan, who photographed the final survivor at her nursing home in Southampton in England, appealed to Winslet and DiCaprio, plus movie director James Cameron, to help out.

Millvina had refused to discuss her experience on the Belfast-built Titanic until she was in her 70s. She was thankful she had no memories of the disaster and had expressed that she hoped the shipwreck would never be raised out of the ocean.

"I don't want them to raise it. I think the other survivors would say exactly the same," she said. "That would be horrible."