Irish revolutionary Kevin Barry as remembered in poems and song

18-year-old Kevin Barry was executed in Dublin in 1920. One hundred years later, here are the poems and songs still being sung in his name. 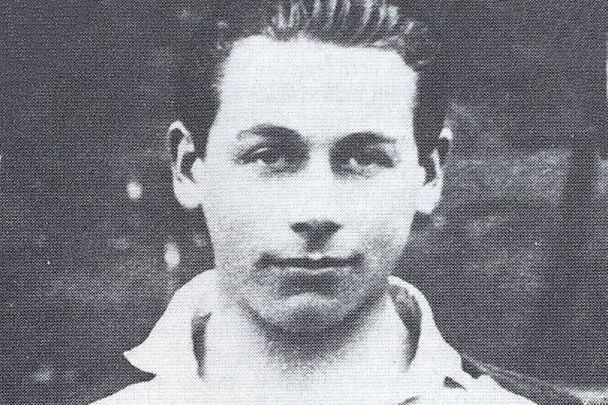 Kevin Barry was not yet 16 years old and a student at Belvedere College when he joined the IRA. Two years later, his name was on the lips of every ballad singer and poet when he was hanged by the British authorities.

In early autumn 1920, young Kevin Barry and his comrades ambushed British troops on Upper Church Street in Dublin. Barry was captured, tortured, and ultimately became "another martyr for old Ireland..."

On the first day of November 1920, Kevin Barry the 18-year-old UCD medical student was hanged in Mountjoy Jail in Dublin. His death saw the emergence of several poems and ballads in his honor.

The most famous ballad is of course "The Ballad of Kevin Barry" which begins with 'In Mountjoy Jail one Monday morning.....'   The authorship remains a mystery, all that we can be certain of is that it was written by an Irishman in Glasgow shortly after Barry's execution and was sung from Scotland to Ireland and beyond.

That well-known ballad was recorded by all types of artists, from The Wolfe Tones to Leonard Cohen. But what of the other ballads about Barry?

There is another ballad also simply called. "The Ballad of Kevin Barry" and this street ballad also has an unknown author. It was heard on the streets of Dublin in the 1920s but did not gain the same fame as the other ballad about the 'lad of 18 summers!'

Here is the first verse of that street ballad:

"I've a sad but true story to relate,

It is written down in the roll of fame,

And Kevin Barry is the brave lads name."

'The Prison Grave of Kevin Barry' was a ballad written and composed by Richard Clarke and Joseph Stanley. Clarke was a Gaelic League activist and Stanley served as Padraig Pearse's press officer during the Easter Rising.  Its rousing chorus went:

"Oh dear Kevin Barry! May your spirit guide us through,

the path you tread of the martyred dead,

Padraig Widger wrote the poem "The Gallows Grim". This is the first verse of four:

a group of people kneeling,

the prison grey against the sullen sky,

To our lady of sorrows, they are pleading,

as a youth of tender years walks out to die."

"The cruel English tortured him,

He never shrank or cried,

Sublime his faith, the gallows tree,

He faced that day with pride."

Derry journalist, Terry Ward wrote about the execution of Kevin Barry in his poem "I Cannot Forget." Here is the first verse of Wards poem:

The sight of that straight young neck,

In the clasp of the hempen rope,

That day in November."

And here is the last verse:

"Have you sworn deeply,

That the day of reckoning is near,

For the evil crew who murdered Kevin Barry,

That day in November."

Reverend D.A Casey wrote the ballad "Bitter Death" set to the air of "Emers Farewell". Like some of the other poems and ballads, this one is full of religious imagery. Here are the first few lines:

" Bitter the death they gave you solider lad,

You of the boyish heart and fair blue eyes,

Following his execution, Kevin Barry was buried in the prison grounds of Mountjoy. He , along with other IRA prisoners executed in Mountjoy, was reinterred in Glasnevin Cemetery in 2001. The act of burying Barry in the grounds of the prison by the British authorities in 1920 denied his family, comrades, and the public a funeral but, it did not deter the ballads and poems which continue to be sung and recited a century later!