John F. Kennedy Jr. had a playdate with a killer

The teenage Preppy Killer became one of New York’s most famous criminals in a city where actuals of shocking cruelty have often made nationwide headlines. 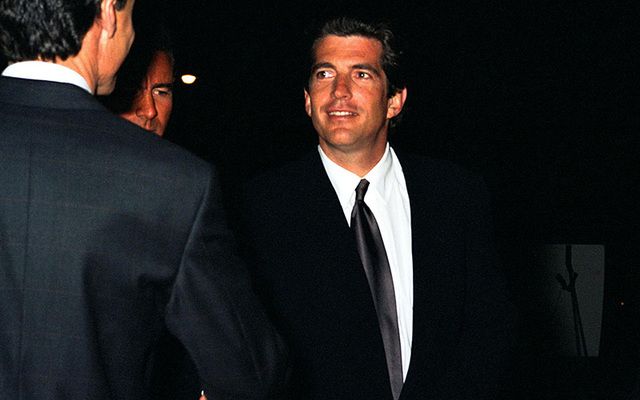 JFK’s son John, Jr. once had a playdate with Robert Chambers, the so-called “Preppy Killer,” as a child.

The revelation comes from “Jackie’s Girl: My Life with the Kennedy Family” written by the Former First Lady’s assistant Kathy McKeon.

In it, she recalls that that Chambers’ mother – a nurse from Co Leitrim – briefly looked after John Jr. when he was sick with bronchitis.

A play date was set up between the two children, but Robert Chambers was six years younger than John John and the pair didn’t hit it off. Despite efforts by Chambers’ mother to arrange another one, Jackie Kennedy rebuffed her efforts.

The Chambers family would probably never have crossed any of their minds again were it not for the events of one night in August 1986.

The naked body of a young woman was found by a cyclist behind the Metropolitan Museum of Art in New York. She was bruised and covered in cuts and it was soon established that she was 18-year-old Jennifer Levin.

Chambers’ was arrested and his trial for murder was one of the most sensational criminal trials in New York’s history – a city it must be said, with no shortage of shocking courtroom dramas.

It shone a light into a gilded and cloistered circle of Upper East Side private school kids and their hedonist lives.

Originally Chambers said that Levins had tried to rape him and he killed her in self-defense. She was sexually aggressive, he insisted.

His trial dragged on for two years before its conclusion. The jury was deadlocked after nine days before he pleaded guilty to the lesser charge of manslaughter.

Chambers was sentenced to 15 years in jail – a sentence which he served in full due to the fact that he committed 26 infractions behind bars.

He was released in 2003 and he quickly began a fateful slide towards recidivism.

A year after his release Chambers watched a prison guard slam his cell door shut again – he’d been sentenced to 100 days after police found traces of heroin and cocaine in his car.

“If he continues along the course he’s been on he will be his own worst enemy,” Rachel Levin’s mother, Ellen, told People at the time. “My fear is for girls who don’t know his past. I want to warn them about who he is.

“I think about the grandchildren I won’t have,” she continued. “Her dream was to be a designer, but that’s gone now. And all that loss runs deep.”

He again returned to the dark underworld of illegal narcotics and was convicted of drug-dealing in 2009. The judge sentenced him to 19 years in jail – a longer sentence than he received even for killing 18-year-old Levin.