The Irish legend of the Leprechaun remembered

The forgotten old Irish story of the little sprites and their appearance in the saga of Fergus mac Léti. 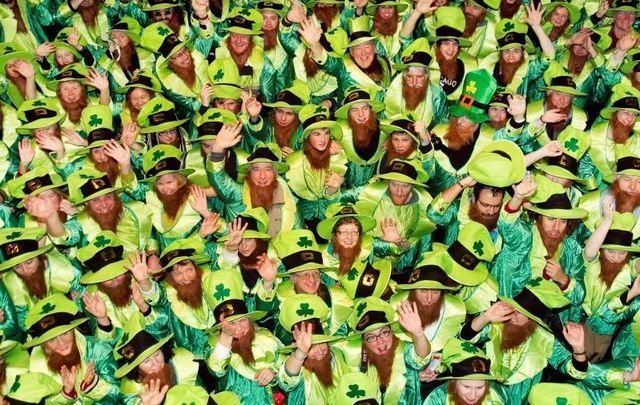 The leprechaun is the most recognizable characters from Irish legend but where did the story of the little green man begin? RollingNews.ie

There are few figures more synonymous with Ireland than the leprechaun. Sean Reid of the National Leprechaun Museum in Dublin explained the importance of the mythological creature in an op-ed for IrishCentral in 2017.

I work in The National Leprechaun Museum here in Dublin. The museum is dedicated to Irish folklore and mythology and brings guests into these areas through traditional storytelling. I myself have a great passion for myths and legends from across the globe and am always happy to both hear and share stories from far and wide. That's why I'm delighted IrishCentral have asked me to share some of Ireland's greatest tales with you all each week.

Ireland has some of the greatest folks tales found anywhere in the globe. They have a special place in our hearts and these tales have helped shaped the country and its people through the years.

The leprechaun is easily the most famous of them all, and for better or for worse has become a symbol instantly associated with Ireland for people in almost every nation. The image of him sitting at the end of a rainbow, making shoes, and protecting his crock of gold is in all of our minds. But his beginnings didn't exactly match this.

The first time that a leprechaun was mentioned in our tales he was more of a supporting character. He appeared in "The Saga of Fergus mac Léti," which was recorded in the 8th century. The story focused on Fergus, The King of Ulster, and his many adventures.

The tale spoke about Fergus falling asleep on a beach after much traveling. While he slept, a group of water sprites called lúchorpáin emerged from the sea and attempted to drag the King into the sea with them.

Their name means “little bodies” and these creatures were the first versions of Leprechauns in our tales.

When the ice cold water hit Fergus, he woke up and snatched the tiny creatures in his hand. He had heard that they could grant wishes, so he made a deal with the lúchorpáín – in exchange for their freedom, Fergus would receive three wishes. They quickly agreed, and the three wishes were granted. One of these was to be able to breathe underwater. It was granted, but there was one thing Fergus had to remain aware of – the power would not work in Loch Rudraige.

Fergus was a headstrong character, so he doubted this and sure enough went swimming in Loch Rudraige. He was amazed to find that he could indeed still breathe while exploring the lake, but soon he realized that the lúchorpáin were just trying to protect Fergus, as the lake was home to a gigantic sea monster called the Muirdris. The Muirdris had a massive mouth that was so large he could touch between his shoulder blades with his upper lip.

The King was terrified of this beast, so much so that his face was permanently contorted in fear from that day. He escaped and made his way back home, but his men were stunned. Fergus had no idea of what had happened to his face nor that the impact it would have upon his life (disfigurement would prevent him from ever becoming the High King) would ultimately destroy him. They decided to keep the details a secret from him and ensured that every mirror in his kingdom was covered up, preventing him from seeing his face.

As Fergus grew older he became a cruel man and the servants in his home grew to resent him. One servant had had enough and after being whipped by mac Léiti she revealed the truth about his face to him. He was furious and realized he could never be a High King. He craved revenge and made his way back to Loch Rudraige to find and kill the Muirdris. He fought with the monster in the most epic of battles. It was so hard fought that it raged on non-stop for two days. When he killed the monster there was so much damage done that the lake itself was red with blood.

Fergus may have won, but he was so weak from fighting for so long that he did not have the energy to make his way back out of the lake and passed away shortly after the battle.

It's amazing to think that at the time of this story those little water sprites were viewed as merely minor characters, with the King being the main focus of the tale. Now most Irish people have no idea who King Fergus mac Léti is, but they know the Leprechaun very well!