Baker's Flat is home to the oldest Irish communal settlement in Australia - known as a "clachan" - and dates back to the mid-19th century. 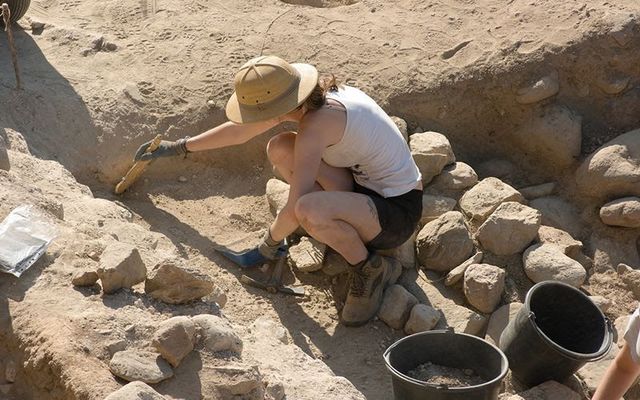 An abandoned Famine-era Irish settlement in southern Australia may have been home to an ancient healing chamber used by Irish people to cure a wide range of sicknesses and ailments.

Baker's Flat, a rural and dusty paddock near Adelaide in South Australia, is home to the oldest Irish communal settlement in Australia - known as a "clachan" - and dates back to the mid-19th century.

Dr. Susan Arthure of Flinders University, who unearthed the Baker's Flat clachan in 2020, has made further discoveries at the site, stating that she believes she has uncovered a 19th-century sweathouse, which was used to help deal with a number of ailments, from common illnesses to fever and arthritic pain.

Turf or wood would be lit inside the structure and the entrance would subsequently be blocked for several before the smoke was released and the embers were removed. A patient would then crawl naked into the sweathouse and remain in the structure for as long as they could bear. They would then cool off in a nearby stream.

Arthure told ABC Australia that she believes she has found a similar structure at Baker's Flat.

Her most recent research focused on a distinctive round structure buried beneath scrap metal at the clachan in southern Australia.

Arthure initially believed that the structure was used for making whitewash to paint cottages at the settlement but was forced to abandon that theory because there was no evidence of "burning or preparing lime".

She then pursued another theory - that the structure was used as an illegal poitín still. However, she was again forced to abandon the theory because the structure is situated too close to a road and was not well hidden enough to be an illegal distillery.

Running out of ideas, Arthure consulted Irish experts, who informed her that the structure may be a 19th-century sweathouse.

"They would be used to deal with illness, to help with rheumatic or arthritic pain, or with fever."

The Baker's Flat clachan, which Arthure believes was home to more than 500 immigrants, may have been the largest such settlement in Australia.

A clachan is an ancient type of Irish settlement where houses were built in clusters to form a type of hamlet.

"This traditional Irish settlement style, characterized by clusters of houses and outbuildings, highlights the way the new residents to this dry country worked together to make the best use of marginal land," she said in 2020.

Arthure has identified 145 family names linked to the Baker's Flat clachan, including Driscoll, Donnellan, and McInerney. The majority of immigrants living at the settlement are believed to have come from County Clare, one of the worst-affected counties during the Irish Famine.

The clachan was located in close proximity to Kapunda's copper mine, which provided work among the local community.

Arthure said settlements such as Baker's Flat allowed Irish immigrants to maintain customs and traditions but noted that they also adapted to their new surroundings.

She said the majority of people who lived at the settlement were poor and Catholic, adding that they weren't "well-favored" in Australia at the time.

In time, residents at Baker's Flat left the rural settlement for better opportunities, causing the clachan to fall into steep decline.

Local historian Peter Swann, 84, said he remembers visiting the clachan to see a Mrs. O'Callaghan, the last surviving resident at the settlement.

"There were only ruins then, except for one old house that this old lady lived in," Swann told  ABC Australia.

"She lived out there on her own. If you look there now, you see nothing. Everything's gone."