A newspaper sketch of the monster was found in the archives of the Mary Evans Picture Library in London during digitizing. 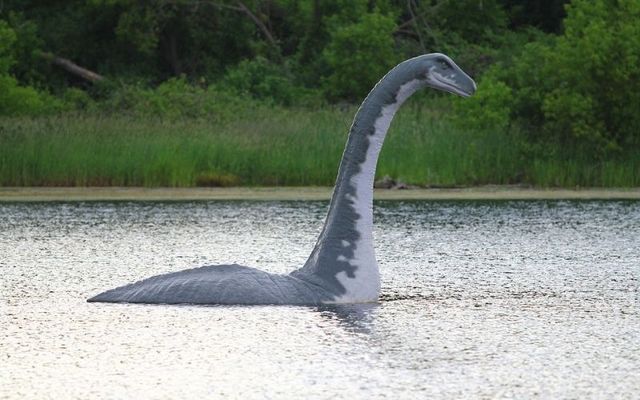 A statue of the Loch Ness Monster in Scotland. Wikicommons/Michael Hicks

Ireland had its very own sea serpent and the mystery of County Clare was recently, once again, in the limelight after almost 150 years.

The sea serpent often referred to as Ireland’s Loch Ness monster was sighted numerous times in the late 1850s off the coast of County Clare.

One of the earliest sightings of the monster was recorded in 1850, the Irish Times reports. It was described as “sunning itself near the Clare coast off Kilkee.”

Then, in September 1871, the Limerick Chronicle ran an article about a “large and frightening sea monster” encountered by a group of people, all of whom “had their nerves considerably upset by the dreadful appearance of this extraordinary creature.”

The story made its way to London, and then the following month an even more elaborate account was reported by an illustrated newspaper – The Day’s Doings.

The artist’s rendering, pictured above, was paired with a dramatic account of the sighting.

The paper described the day’s events, a “group staying at Kilkee, composed of several ladies and some gentlemen – one of whom is a well-known clergyman in the north of Ireland” had been out walking, at a place known as the Diamond Rocks.

“All of a sudden, their attention was arrested by the appearance of an extraordinary monster, who rose from the surface of the water about seventy yards from the place where they were standing.

“It had an enormous head, shaped somewhat like a horse, while behind the head and on the neck was a huge mane of seaweed-looking water; the eyes were large and glaring, and, by the appearance of the water behind, a vast body seemed to be beneath the waves.”