January 9 marks the anniversary of the final evacuation from the Gallipoli campaign where it's estimated that between 3,500 and 4,000 Irish soldiers died. 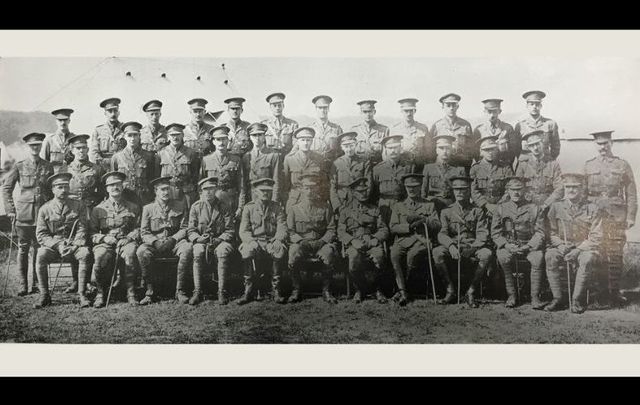 At least 3,000 Irishmen, and even as many as between 3,500 and 4,000, lost their lives at Gallipoli during one of the greatest Ottoman victories of the Great War and one of the Allies' biggest failures.

The documentary centered upon veteran Irish journalist David Davin-Power, whose grandfather fought at Gallipoli during Winston Churchill’s campaign. The Gallipoli campaign aimed to force the Ottomans out of World War One and open the eastern front against Germany.  Gallipoli – Ireland’s forgotten Heroes returned to the peninsula in modern-day Turkey telling the story from an Irish perspective.

Until recently the story of the Irish at Gallipoli remained largely untold, with at least 3,000 Irishmen dying there, fighting shoulder to shoulder with their Australian and New Zealand comrades.

They hadn’t a hope; the young Irishmen in their thousands who entered the deathtrap that was Gallipoli as part of the Allied failed invasion of Turkey during WWI.

Today, many lie in unmarked graves that are strewn across this foreign rugged landscape – their memories neglected for far too long. A battle scar etched firmly on Australian and New Zealand souls, the documentary follows the story of the horrific conditions and the deaths in the trenches hacked into the hard Turkish soil.

David’s own grandfather – Jack Power from Kimmage, Co Dublin – was one of the lucky ones, one of those who returned, although, like many others, ‘he became a prey to drink.’

During the documentary, Ronan Lee talks about his grand-uncle, a young rugby player who volunteered with his pals and thought he was heading for "a great adventure" but ended up being killed along with many of his friends.

Today we remember all those brave soldiers who fell at Gallipoli. Ar dheis Dé go raibh a n-anamacha.