Ireland of the Welcomes is celebrating 70 years as the number one Irish interest magazine. 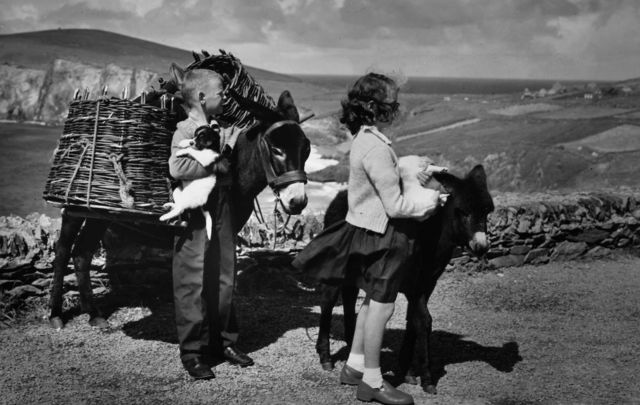 We take a look at Ireland, and the world, 70 years ago when Ireland of the Welcomes first went to press.

Ireland of the Welcomes is celebrating 70 years as the number one Irish interest magazine today.   Since its initial publication in May/June of 1952, Ireland of the Welcomes has spent decades as the guide to the culture, history, traditions, and lifestyle of the Irish diaspora population and their friends worldwide.

The breathtaking pages of stunning photography capturing the unique colors of Irish landscapes and coastlines, abbeys and castles, picturesque villages, and an enduring yet ever-changing Dublin made the magazine a must for every Irish aficionado. In fact, the creation of Ireland of the Welcomes was a direct result of the 1952 Tourist Traffic Act to ensure publicity orienting the public to the Irish tourism operations.

The excitement and fanfare around the announcement of the first issue of Ireland of the Welcomes generated not only a letter of greeting from Ireland’s Minister of Industry and Commerce but historically what other magazine could announce an official endorsement from Pope Pius XII stating “Another and more important benefit of tourism is that it refines the senses, enlarges the spirit and enriches experience.”

Tourism in Ireland has always been a mainstay and Ireland of the Welcomes pages reflected the trends in travel from religious pilgrimages to St. Patrick’s Day parades and festivals to family reunions to tours of the Guinness Storehouse, the House of Waterford Crystal Factory, the film locations of Game of Thrones, to a vacation hiking the best nature trails in Kerry or bike riding through the breathtaking scenery of County Mayo.  Ireland of the Welcomes honors whatever the call that brings the wonder seekers to visit the Emerald Isle. 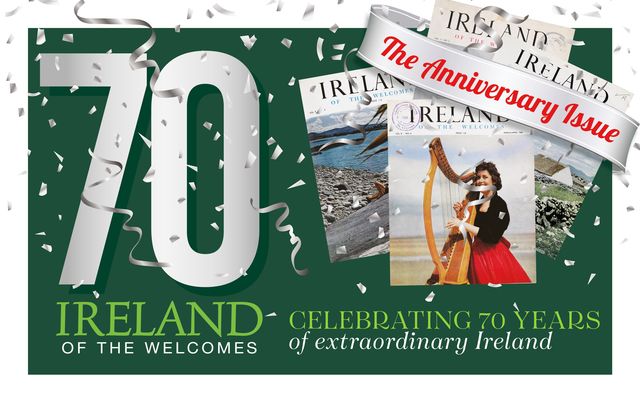 Ireland of the Welcome is so distinguished for the caliber of its writers that in 1963 it became the prime focus for new readers with its advertisement that stated, “Here’s the full scope of Ireland, as seen through the perceptive, witty or scholarly eyes of such renowned contributors as Padraic Colum, Brendan Behan, Sean O’Faolain and Sir Compton MacKenzie.”  The list goes on with Patrick Kavanaugh, Paul Henry, Dora Sigerson Shorter, Lord Dunsany, Donagh McDonagh, Philip Rooney and Benedict Kiely. Ireland of the Welcomes continues its esteem for the written word with its recent cover and profile of Lady Gregory while spotlighting Maud Gonne, Norah Hoult, Marian Keyes, Sally Rooney, and Edna O’Brien as the five best Irish women in literature.

Let’s take a look at Ireland, and the world, 70 years ago when Ireland of the Welcomes first went to press to get a clear view of where some of the world stood:

- Princess Elizabeth, after the death of her father King George VI, is proclaimed Queen of the United Kingdom.

- In the Irish general election held on July 1, 1952, the people of Ireland elected a new Dali Eireann, Assembly of Ireland, while Fianna Fail, the conservative political party founded in 1926 by Eamon de Valera, held its place in the government.

-  John Ford, whose family hailed from County Galway and the Aran Islands, won an unprecedented 4th Oscar as Best Director for The Quiet Man, every Hibernophile favorite film, depicting Irish social life with many scenes filmed in County Mayo on the grounds of Cong’s Ashford Castle (now a five-star luxury hotel).

- Waiting for Godot, the play authored by Dublin-born Samuel Beckett, once the secretary of James Joyce, is published and was later voted “the most significant English language play of the 20th Century” by the British Royal National Theatre.

- In the 1952 Summer Olympics, John McNally of Ireland won the Silver Medal in Boxing.   Boxing accounts for more than half the medals Ireland has won across 29 Olympic Games.

- In 1952, the Irish Management Institute was established to further the science and practice of business management in Ireland.

- There is a report in 1952 from the Most Rev. Dr. Dignan, Bishop of Clonfert, that stated in relation to the provision of vocational training facilities that, “the subjects taught in the schools should be subjects that make life worth living in rural areas – subjects that would enable the boys and girls to see that they were foolish to be leaving the country to go into towns and cities.”     Perhaps this was reported to deal with the problems of emigration.

-  The four main occupations for young people (14-19) were agricultural laborer, domestic servant, messenger (not open for females), and factory worker.

Ireland of the Welcomes stood fast and was the portal to Ireland during the pandemic for everyone needing a taste of the home, serving as a tourist treat. In fact, the August/September issue proudly stated on its cover – Welcome Home – WE MISSED YOU. Letting readers know with photographs and essays that the traditions, the festivities, the very streets teeming with history are all waiting for their return.