Ireland’s smallpox scare in 1962 was our coronavirus

“Oh, all this reminds me of the smallpox scare,” a woman announced in our local shop today, here in Athlone, in the center of Ireland. 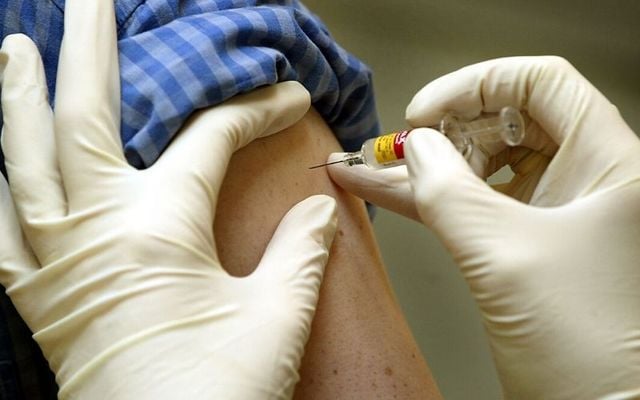 Every single Irish person, aged 52 years and over, rubbed their arm instinctively. This is because we all still have a pockmark there, having been vaccinated against this deadly disease in 1962.

I was only eleven years old at the time so I just have vague memories of it. I remember standing in a long line outside the local dispensary, with all my classmates, waiting to get a dreaded ‘needle.’

I can clearly recall an incident in my father’s butcher shop regarding the smallpox vaccination. Housewives then bought their meat every day. This is because they had no fridges. Heading out to ‘do the messages’ was a social event.

They set off with their prams and baskets. Another baby might be sitting upon a seat on the pram and two toddlers might be holding onto each side. They’d have to go in and out of various shops in order to buy what can now be purchased in one supermarket. They chatted to everyone they met and had a fine time!

“What about you, Micky,” they asked my father. “Wales is very near here,” one commented. He smiled at them and his reply sticks in my mind. “Ah, I’ll wait ‘til it gets to Moate,” he told the ladies. Moate was a town ten miles away. Being so young I didn’t know where Wales or Moate was.

Reading about it now I note the facts. In 1962 a man returned to Cardiff, in Wales, from Pakistan and was diagnosed with smallpox. It was highly contagious and no treatment was ever found. 30% of those who caught it died and 65-80% were left with dreadful pockmarks, most prominently on their faces.

It spread through the population of South Wales very quickly and 19 people died before 900,000 were vaccinated. A decision was made by our government to vaccinate Irish people too.

The disease is caused by the variola virus and is thought to have originated over 3,000 years ago in Egypt or India. In 1796 Edward Jenner observed that milkmaids who had previously caught cowpox did not later catch smallpox. He developed a vaccination to prevent us from getting this dreadful disease.

An intensive vaccination plan by the World Health Organization to eradicate smallpox saw the last natural case occur in Somalia in 1977. The World Health Authorities declared smallpox had been eradicated from nature in 1980.

Now we have the coronavirus. As I write all the schools in The Republic of Ireland are closed for the second time in the space of a year. My four small grandchildren were to come here for Saint Patrick’s weekend last year but didn't come in case they infect us ‘old’ grandparents.

For the first time in my life, the churches are closed and there will be no Sunday Mass held for the foreseeable future. Extraordinary times indeed.