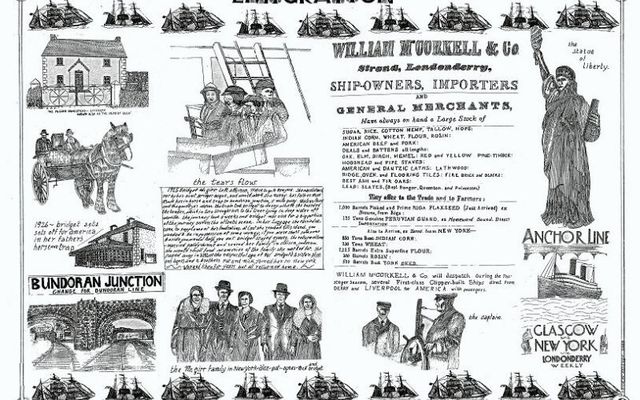 An illustrated page from Johnny McKeagney's "In The Ould Ago". Paul McKeagney

An illustrated book documenting the personal histories of hundreds of people in the border counties is a must-have for anyone interested in Irish history or culture.

The 200-page A3 book contains thousands of illustrations and anecdotes about "how people lived" in Fermanagh and the northwest of Ireland and highlights the stories of people often forgotten about in conventional history books.

McKeagney's son Paul told IrishCentral that his father spent roughly the last 30 years of his life collecting material and talking to locals about their stories.

However, he said that he only started to arrange his countless illustrations and stories into a book a few years before his death

"I think he was just delighted to see it published. He was on cloud nine," Paul told IrishCentral.

McKeagney's journey to becoming a published author had humble origins.

From the small village of Tempo in County Fermanagh, McKeagney inherited his father's coach-building business at a time when horse-drawn carriages had become obsolete.

Rather than sell or dispose of his father's tools, however, McKeagney decided to keep them due to his interest in his ancestor's business and how they lived their lives.

"His interest in the tools of his ancestors' coach-building business grew into an interest in old houses and how people lived within them," Paul McKeagney told IrishCentral.

Paul McKeagney described his father as a very sociable person and said that he always talked to customers in his shop, jotting down their stories on the back of used sweet paper bags.

He would then sketch out what they had told him to better convey their stories, although he never envisioned that he would become a published author and illustrator.

"He had no idea that he'd become a published author. It started from collecting stories and then he took up his pen and started to draw. He liked that, so he drew some more."

Paul told IrishCentral that his father viewed himself as a "time detective" who was attracted to the stories of "everyday people living in everyday houses" rather than the historical figures who occupied castles and manor houses.

His book tells the story of hurley makers, tinsmiths, coachbuilders, and coopers among many others, while it also explores the pain and suffering of famine and emigration. 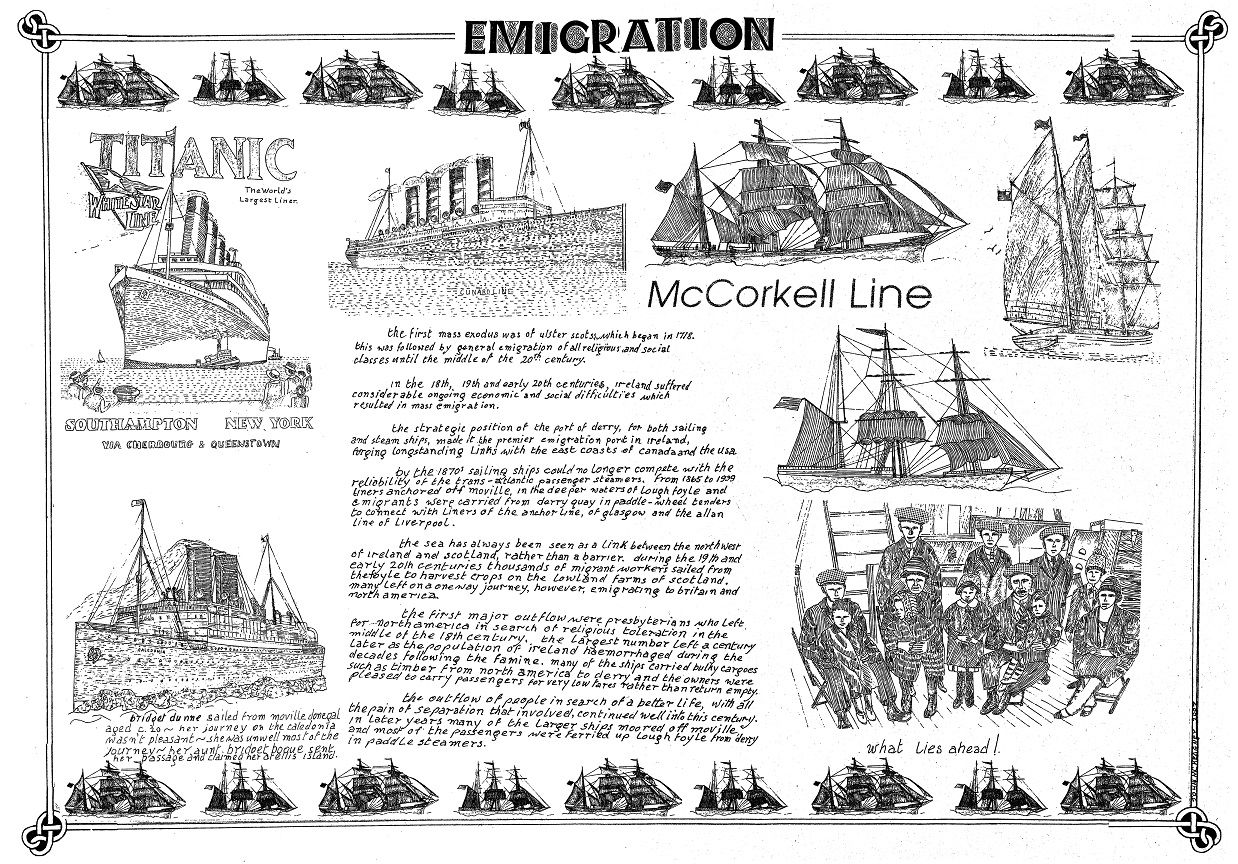 "The book is a collage, a mosaic of thousands of anecdotes that he picked up from talking to people," Paul McKeagney said, adding that there is at least one section in the book for everyone, regardless of their interests.

The book has taken on a life of its own since it was published and was selected for admission in Ivy League colleges and the Library of Congress. It also currently resides in the New York State Library, Buckingham Palace, and Áras an Uachtaráin.

Paul said that "In The Ould Ago" would make the perfect Christmas present for anyone who is interesting in Irish history, culture, and traditions and said that copies would arrive before December 25 if they are ordered now.

"There's a lot of different hooks in it that will make somebody's day whenever they see it."

He has ordered a "substantial" number of copies and said that it could be another decade before they are all sold. It is the fifth time that the book has been reprinted.

Paul said that his father was viewed as an authority on all local history and was chosen to select the Fermanagh stone for the Irish Hunger Memorial in Battery Park.

Paul remembered accompanying his father across hills and ditches searching for the perfect stone to remember the victims of the Great Hunger.

"After a long time, he selected the stone, a big rectangular beautiful stone, and it went off to New York. A few years later, he had the opportunity to go and visit it and he was delighted to get to see it."

Paul said that he considers himself very lucky to have a legacy from his father that helps connect people with their roots. He added that it's a great feeling to post books around the world and receive messages back from readers who could relate to his father’s illustrations.

To get your copy of "In The Ould Ago" or to find out more, click here.